"The Prisoner of the Vatican": Pope Pius IX and the 19th Century

On December 8th, Catholics worldwide celebrate the Feast of the Immaculate Conception. Although the Church has long held that Mary was conceived without sin, it wasn’t formally declared a point of doctrine until the year 1854 by Blessed Pius IX (1846-1878). One of history’s most colorful and controversial popes, Pius is most famous for declaring papal infallibility at the First Vatican Council. In 1864, an English journalist in Rome wrote:

Few Roman Catholics would be disappointed with the appearance of Pius the Ninth. His figure is tall, his features handsome, and his face alight with kindness . . . we recognize a prince as he walks. There is a fascination in his smile, which is ever rising, and his eye is large and bright, which seem to mirror the smile.

Born Giovanni Mastai-Ferretti in 1792 to the nobility, he began priestly studies early, but epilepsy interrupted his training. When he was ordained, it was with the condition that another priest always be present to concelebrate Mass. In 1823, he was sent on a diplomatic mission to Latin America, an experience that gave him a greater awareness of Catholicism’s universality. Four years later, he was named a bishop, and a cardinal in 1840.

This was the age of the Risorgimento, as Italy moved from a series of independent states to a united nation. For over a millennium, the Papal States presided over central Italy. As ruler, the arch-conservative Pope Gregory XVI (1831-1846) so opposed modernization that he even condemned railways. Although he opposed unification, some nationalists actually envisioned a pope leading the movement.

But the honeymoon ended in 1848, the year of revolutions, when Pius refused to sanction war with Austria and declined to participate in the unification movement. Overnight, historian Eamon Duffy writes, he went “from being the most popular man in Italy . . . [to] the most hated.” When revolution reached Rome, he was forced to flee incognito. Only in 1850, with the aid of French troops (sent by a president catering to Catholic voters) was he able to return to Rome.

Pius was no disillusioned liberal; his first encyclicals revealed a committed conservative. After 1848, he was more convinced than ever of the need for his political independence as essential to his spiritual rule. After the Kingdom of Italy was proclaimed in 1861, he remained the last obstacle to unification. But Pius was no monarch, and the Papal States were widely known to be corrupt and inefficient, on last legs. One observer wrote: “You can prop up a corpse, but to make it walk is impossible.”

Some popes are gifted administrators, other diplomats, still others teachers. Pius IX’s gifts were pastoral. After 1850, he left administration to others and focused on spiritual matters. In 1864, he published the famous Syllabus of Errors, which listed his pet peeves with modernity, such as Bible Societies, freedom of the press, separation of Church and state, and public schools. Last but not least, he condemned the proposition that the pope should “come to terms with progress, liberalism and modern civilization.”

For all that he championed the Church’s rights, Pius ignored those of other religions. A famous example is the Mortara affair, where a Jewish child in the Papal States was forcibly taken from his family and raised Catholic. After the Catholic housemaid had baptized the child during an illness, papal police removed him from the home, citing a law that forbade non-Catholic parents raising Catholic children. Even after the case became an international human rights issue, Pius refused to budge.

His pontificate climaxed with the convening of the First Vatican Council in December 1869. Nine months later it produced a formal declaration that the pontiff is infallible when speaking on matters of faith and morals. Like the Immaculate Conception, this idea was long held but never formally articulated. Some bishops, however, felt the timing was “inopportune” and would widen the gap with the modern world. Nonetheless, it passed with only two dissenting votes (one from a bishop in Arkansas).

Of Snakes, Ladders, and the Well: a Zen Meditation
James Ford
4 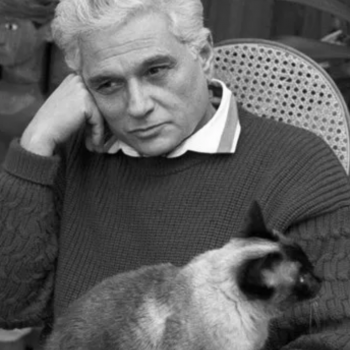