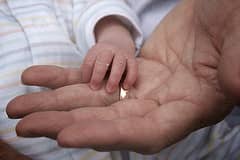 According to the polls, most Americans don't much care for abortion. That being so, the mystery of why legalized abortion remains the law of the land thirty-eight years after Roe v. Wade needs probing.

Based on the experience of these nearly four decades, two facts stand out.

One is that a significant number of Americans have been and still are convinced that the Supreme Court decision of January 22, 1973was not just a technical mistake in constitutional interpretation but a grave injustice that will continue to poison national life unless and until it's corrected.

The other is that a significant number who more or less agree that abortion isn't a good thing, at least in most cases, nevertheless don't care enough about it to take the necessary remedial action: putting committed prolife politicians in the White House and Congress as a required step toward correcting the injustice of Roe.

But, an ardent prolifer may object, didn't voters last November choose a large number of new prolife U.S. senators and representatives? Indeed they did—two years after they threw large numbers of prolife members out of Congress.

The polling data show that a majority of Americans don't support the virtually unlimited access to abortion that now exists. Yet people who are opposed to abortion, at least tepidly, regularly vote for pro-choice candidates. The result is this prolife/pro-choice seesaw. Up and down—it's been that way for thirty-eight years. So let us return to our question: How come?

It appears to me that the only possible explanation for this voting behavior is that, no matter what many people say they believe about abortion, when push comes to shove the issue doesn't carry all that much weight with quite a few. For them, clearly, it is not the great moral issue of our times that convinced prolifers—and not a few prochoicers as well—consider it to be.

And the fact that it is not can only be understood as a reflection of the value such people assign to human life before birth. Not that it is unimportant exactly, but that in the end it is less important than something else. It seems that currently, quite a few things fall into the "something else" category. Last November, for example, the state of the economy was the overriding issue for a majority of voters. It is easy to understand why that was so and, practically speaking, hard to argue with it.

But some people rationalize their tepid support—or non-support—of the right to life of the unborn by appealing to more philosophical grounds. A cluster of issues and concerns then gets subsumed under the heading "the right to choose." The bottom line is that freedom of choice is absolutized in preference to human life.

It is unlikely that many of the people who do this really think the matter through. In verbalizing priority for the right to choose, they're simply exhibiting some intellectual furniture that automatically comes with the position they hold on abortion and other issues.

But, even so, for a mass of Americans who don't particularly care for abortion, the "right to choose" serves as a convenient, and, they imagine, principled, reason for not doing much about it. Meanwhile the proponents of choice in academia and the media who call the shots for these less sophisticated souls relish the values of the individualistic libertarianism sustaining this entire can of worms.

All of which merely underlines the magnitude of the task of education and persuasion facing the prolife community after thirty-eight years.