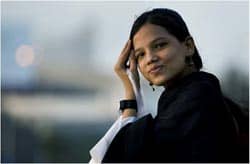 Are you a feminist? While the term is still a lightning rod in some circles, most Americans consider equal liberty and rights for women part of the bread and butter of American upbringing. Even the bitter controversy of the stay-at-home versus the working mother has significantly mellowed in light of the current economic reality of most families. American women today enjoy a greater freedom than those of any society in the history of the world; that is, most American women.

In her latest book Ayaan Hirsi Ali brings to the forefront the plight of the Muslim woman throughout the world, and most disturbingly, in the United States.

Ali came to the public eye as the author of the screenplay for Theo van Gogh's movie Submission, a movie detailing the abuses of women in the Islamic world. This movie led to van Gogh's brutal murder by an Islamic militant and death threats against Ali. Originally from Somalia, Ali tells the story of her escape from an impending arranged marriage and the Islamic lifestyle in her 2009 book Infidel.

Now living in the United States with 24-hour armed security, Ali has founded the AHA Foundation, an organization that, "Through education, outreach and the dissemination of knowledge . . . aims to combat several types of crimes against women, including female genital mutilation, forced marriages, honor violence, and honor killings."

A deeply personal memoir of growing up in a Muslim family and community, Nomad opens the American mind to the vast differences between Western and Islamic societies. While the academic and cultural elite approach diversity by respecting all cultural differences as sacred, Ali contends "all human beings are equal, but all cultures and religions are not." This presupposition combats the multicultural ideal, but Ali supports it with a myriad of examples of the Islamic culture's abuses toward women: genital mutilation, male domination, arranged marriages, lack of education, and even honor killings. Muslim women, Ali says, are utterly controlled by their fathers and brothers. In many Islamic societies, such as Saudi Arabia, they are not even allowed out of the homes without an escort. They certainly are not allowed to be well educated or to choose their own mates. She says, "In the real world, equal respect for all cultures doesn't translate into a rich mosaic of colorful and proud people interacting peacefully while maintaining a delightful diversity of food and craftwork. It translates into closed pockets of oppression, ignorance, and abuse."

Unfortunately, Ali contends, despite the freedoms of America, many Muslim girls in the United States are subjected to female mutilation, are pulled out of school early, and are returned to their native country for arranged marriages. Honor killings, where girls are murdered by family members for dishonoring the family through relationships with men or for simply being "too Western," occur even in the land of the free. Ali warns against the encroaching restrictions of Shari'a law within the immigrant Muslim community.

Ali's story begs the West to awaken to the clash of civilizations occurring within its own communities. One stands for freedom; the other for submission. Covering the differences with the ideal of multiculturalism strengthens the radical factions of Islam and suppresses the weak within it. Multiculturalism is the West's cloak for cowardice.

In addition to death threats, Ali has received great criticism for rebuking Islam. Many critics claim that she has simply spoken out against her experiences and her upbringing, but she has risked her life her to expose the plight of the Muslim women. Such sacrifice brings credibility and demands attention. Honor her and all oppressed women by reading her story.