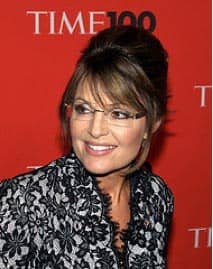 Sarah Palin loves the limelight. Despite that and the limitations that she shares with other people who rely more on instinct than on study to answer political questions, Palin also has an impressive talent for living rent-free in progressive heads. That talent has little to do with her appearance or her willingness to coin words like "refudiate," but lots to do with the way she embraces life and faith publicly. No one else with comparable name recognition demolishes progressive dogma just by getting up in the morning.

Without ever leaving her comfort zone, Palin introduced a corollary to Ramesh Ponnuru's assertion that "abortion corrupts everything it touches." Ponnuru wrote that more than ten years ago, in a career-making 1998 essay called "Dead Reckoning" that rocked both National Review and First Things. Whether Sarah Palin ever read the piece matters not at all.

Palin can be every bit as prickly or superficial as her enemies claim, but together with son Trig and daughter Bristol, the winsome Wasillan and her underrated husband bookend Ponnuru's point by reminding anyone paying attention that pro-life witness refreshes some people and infuriates others. You might even say that there are echoes in the deceptively pedestrian Palin lives of what C.S. Lewis once called "the weight of glory." (I'll pay no attention to criticisms of overreach or "dysfunctional karmic antennae" from people who said nothing when a San Francisco newspaper columnist described our current president as a "lightworker" before his ham-fisted attempts to treat 300 million people as a community in need of organizing went kablooey).

Kathleen Kennedy Townsend can't claim the Palin cachet, but the former lieutenant governor of Maryland is not above calling for close air support in her country-club battle with Palin-style conservatism. Townsend took to the pages of the Washington Post to defend her uncle John against charges of malpractice that Sarah Palin had leveled against him in her book, America by Heart. Ironically, although her essay suggests that Townsend found the Palin book title saccharine, and its content fey, twee, or manipulative, she read the book anyway. They all do.

Long before shooting a moose on camera to send at least one leftist into "late night fist-pumping delirium," Caribou Barbie wrote, in effect, that John F. Kennedy's 1960 speech to the Greater Houston Ministerial Association subverted American principle rather than expressing it. As even younger readers may have heard, that speech was Kennedy's "Don't hate me for being Catholic, because I won't take orders from the pope" sop to evangelical Protestant leaders whose support he needed at the time.

Washington Post editors gave Townsend 1,500 words to defend her uncle's attempt to compartmentalize his faith, but the "coulda been a contender" lament that they got for their trouble only exposed Townsend as another palooka in a family full of them.

Townsend asserts that she gave America by Heart a careful reading, from which she came away sure that Palin supports an unconstitutional religious test for public office. Inconveniently, we have to take Townsend's word for that, because Palin actually says no such thing; the closest she gets is to express disappointment at John F. Kennedy's failure to reconcile his "private faith and public role," and his unwillingness to tell fellow countrymen "how his faith had enriched him." Palin did not use Hilaire Belloc as a counter-example, but he would have been a better choice than Mitt Romney, whom she did mention. In 1906, when Belloc ran for a seat in the British Parliament as a representative of the Liberal party, his stem-winding stump speech included a ringing affirmation of faith: "Gentlemen, I am a Roman Catholic. As far as possible, I go to Mass every day. This [taking a rosary out of his pocket] is a rosary. As far as possible, I kneel down and tell these beads every day. If you reject me on account of my religion, I shall thank God that he has spared me the indignity of being made your representative."

John F. Kennedy would have done well to follow that precedent, only he didn't, and so one of his nieces was left to burnish a flawed legacy.

Deeply suspicious of the dog whistle for conservatives that she seems to think Palin keeps in a drawer near her Naughty Monkey shoes, Townsend reasons that any such testimony by JFK would have opened the door to American theocracy, and praises her uncle for having had wisdom enough to realize that his religious beliefs were nobody else's business. By then, the opposing camps are plainly visible; Palin says, "Cards on the table, please," while Townsend parries with "To demand that citizens display their religious beliefs attacks the very foundation of our nation."