Jerry Seinfeld popularized the comedy style of asking a question about trivial occurrences and noting random trends. But what happens when trends are not isolated incidences? Does that mean mainstream society is undergoing a shift? Specifically, what happens when different ethnic communities revitalize an art form to share their unique stories under a common identity: Muslim-American? Does this mean that there is a social-consciousness movement? Or does noting a series of trends simply amount to a series of fortunate events? Let's highlight some trends.

Trend #1: The popularity of laughter clubs, initiated in India and China, has spread to the American West coast.

Trend #2: Interestingly enough, one can exercise both mind and body in a class called "laughter yoga." By 1995, laughter yogaemerged from the systematic organization of laughter clubs. With increasing recognition,one might expect that there would be a growing application by yoga instructors and therapists to uselaughter and humor for their complementary and alternativemedical benefits. (It should be noted that laughter is an adjunctto, and not, a replacement for accepted therapies.) The students are re-learning something children already knew instinctively—that laughter makes you feel better. (Barb Fisher, a certified laughter yoga teacher, states that "kids laugh about 400 times a day, and adults only about 15. . . . Laughter is a gift that has been given to us to make us feel better. Read more here.)

Trend #3: The entertainment trend among Muslim-American comics is to participate or lead tours that relate cultural and/or religious observations as an American experience through creative lineups. A selection of these groups include Muslim-American comics: "Allah Made Me Funny"; "Axis of Evil"; "1,001 Laughs"; "Arab-issh Festival"; "Arabs Gone Wild"; and "Brown Man Group" among others.

Trend #4: Successful American-Muslim female comics, who are second-generation and tend to come from a Palestinian background, are no longer uncommon.

Trend #5: Successful young professionals in conventional fields, like teaching, law, and business, are making the equally successful, but unconventional, leap into the comedy profession. Take for example Preacher Moss, Dean Obeidallah, Azhar Usman, and Amer Zahr, who undertook mid-career switches to pursue standup full time. The audience demographic has expanded, which results from the increased interest by non-American audiences who continue to follow Muslim-American comics as American comics. As result, they've launched multi-city tours and inspired college students to laugh or smirk at problems without easy solutions.

Balancing Comedy with Commentary=Social Activism
The above five trends converge to produce the next phase in the Muslim-American experience, mirroring the larger American experience of previous immigrant communities that reflect on identity through comedy. (Note the Jewish-American comedians in the early 20th century that launched vaudeville; or the African-American comedians during the 1970s and 1980s.) In the same vein, Muslim-American comedians (Mo'Na, Khaled the Comic, Preacher Moss, Azhar Usman, Mohammed Amer, Dean Obeidallah, Ahmed Ahmed, Maysoon Zaid, Jameeleh Shelo, Said Durrah, Amer Zahr, Mohamed Mohamed, among others) shape comedy through clever commentary. Muslim-American comics serve as the counterbalance to the American punditry culture; Azhar, Preacher, Mo'Na, Amer, and Dean, for example, influence social activism as they reflect on American life as hybrids of cultures and hybrids of religion. For example, both Amer and Dean come from Christian-Muslim households.

The five trends also converge to impact social activism and philanthropy. In October 2010, I attended a joint performance by Dean and Aasif Mandvi in New York, who entertained while raising awareness about inter-faith engagement: Stand Up for Religious Freedom. Similarly, Azhar collaborated with Dean for a show in Boston, which donated a large portion of their proceeds to the Pakistan flood relief.

Azhar, Preacher, Dean, and Amer have popularized standup comedy in several Muslim-majority countries where standup comedy offers another avenue for local Muslim comics to find their voice. For example, 1,001 Laughs and Allah Made Me Funny have performed in Jordan, United Arab Emirates, and South Africa.

Hero=Storyteller=Comedian=Juha
We experience challenges and later laugh at adversity, as highlighted by oral tradition and other forms of storytelling. During an engaging Islamic Society of North America (ISNA) panel, at the 47th annual convention, Muslim-American Director Tariq Jalil opened with, "Every great story has a protagonist that leaves home, undertakes a quest/journey, faces a challenge, and returns home successful." Essentially, the protagonist takes a journey that will not be predictable. Jalil related that the journey theme characterizes heroes, like Luke Skywalker, those within biblical stories, and, most historically significant, Prophet Muhammad undertaking the Hijrah (relocating from Mecca to Madinah). Similarly, each of these comics operated as the protagonist of a story to face challenges by leaving home to travel to multiple locations. Through their travels, each has honed his or her skills and performed his craft. 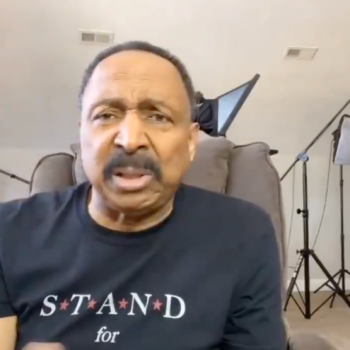 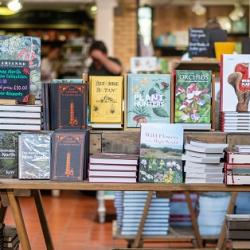 Trump's Phone Call and the Law
Jonathan MS Pearce
Get Patheos Newsletters
Get the latest from Patheos by signing up for our newsletters. Try our 3 most popular, or select from our huge collection of unique and thought-provoking newsletters.
From time to time you will also receive Special Offers from our partners that help us make this content free for you. You can opt out of these offers at any time.
see our full list of newsletters
Editor's picks See all columnists