Muslims vs. Christians vs. Women

An Al-Qaeda suicide bomber exploded outside a Christian church in Alexandria, Egypt over the weekend: 21 people died and about 70 were injured. For Americans, this probably seems like another senseless violent act on the other side of the world easily condemned and forgotten.

Take a deep breath, though, and look again, because this event cannot be translated into America's favorite shades: black and white. This is not an event about bad Muslims and good Christians, or a power-made majority and a virtuous minority. Both the Muslims and the Christians have failed to observe basic human rights.

Christians compose 10 percent of Egyptian society, and many protested this weekend against Muslim terrorism, rabid discrimination, and the government's failure to protect them. According to a BBC analyst, "The blast is deeply embarrassing for the Egyptian police who, despite having draconian powers, have proved repeatedly incapable of anticipating and thwarting such violence."

A rational person must wonder why the Christians stay in Egypt in the face of such violence and discrimination. The Egyptian government, though, has not made it easy for them to leave, because they tend to be better educated and compose an important part of the continuing modernization and economic growth of Egypt. For the Christians, then, visas can be more difficult to obtain.

Others also fear that Christian exit from the region could be permanent, and lead to further destabilization and increased power to the radical fringe of Muslim actors. Pope Benedict XVI shares this view and encouraged them "not to yield to discouragement and resignation." They have a point, though this weekend's bombing must seem more like a road to martyrdom rather than peace.

The bombing this weekend, though, was not motivated by mere jihadist tendencies. It was a statement against the Coptic Church's practices. The Coptic Church has been accused of retaining two women who had attempted to convert to Islam in order to secure divorces. Why would two Copt women attempt to convert in a society so deeply divided along religious lines? Because of Coptic Christian beliefs. Copts do not permit divorce; Muslims do. The women told the police they were abused by their husbands, Coptic priests. Therefore, the conversions were an attempt to get out of abusive marriages. Sadly for the women, the police turned the women over to the Copts and they have not been seen since.

None of this translates easily into our American way of thinking. Normally, the one who defends the right to persuade non-believers and to accept non-believers performs a virtuous act. And it is a given in our culture to treat religious discrimination as an evil and to recognize a right to assemble peacefully to worship.

The problem, of course, is that al-Qaeda has attempted to wrest the right to proselytize through murderous violence. And the Copts have blocked the ability of women to escape domestic violence, with the police as their accomplices when they returned the women to their tormentors.

There are two heroes in this story: the two women who attempted to find a way out of domestic violence. The whole world should be applauding their courage in attempting to find a legal way out of their situation and in contacting the police. There should be loud public demands to release these women if they are still alive and to let them leave Egypt with divorces.

While we bring the victims into a more protective world, we must loudly denounce al-Qaeda's use of violence to secure even basic human rights, the Copts' continuing failure to protect women victimized by domestic violence, and Egypt's inability to secure the rule of law.

What distinguishes the United States and most of Europe from Egypt and the rest of the Middle East is not the demographics nearly as much as the rock-solid belief in the rule of law and its application to every person. Had the Coptic wives had recourse to the courts and protective orders, and had al-Qaeda pursued a right to conversion through legal channels, the dispute would have looked a lot more like Alexandria, Virginia, rather than an epicenter for worldwide destabilization. 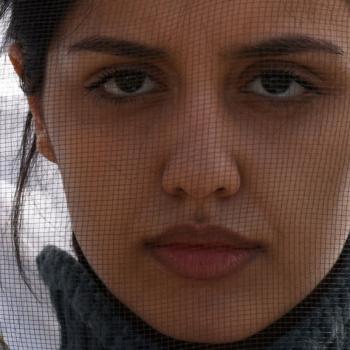 “There Is No Evil” Showcases Courageous Iranian Filmmaking
Andrew Spitznas
2 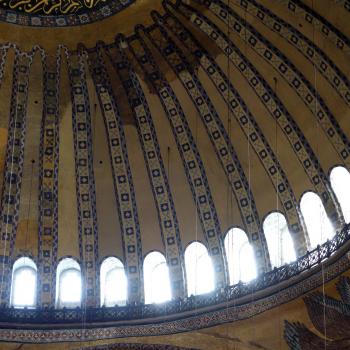 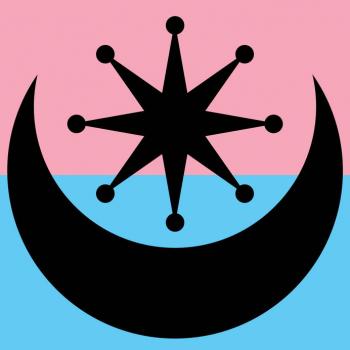 Pride Month in the Arabic World
Bader Saab
Get Patheos Newsletters
Get the latest from Patheos by signing up for our newsletters. Try our 3 most popular, or select from our huge collection of unique and thought-provoking newsletters.
From time to time you will also receive Special Offers from our partners that help us make this content free for you. You can opt out of these offers at any time.
see our full list of newsletters
Editor's picks See all columnists