Editor's Note: In the early 1990s, a collection of Greek New Testament word studies was published by the BYU Religious Studies Center. These studies were collected and made available in a packet, but never put online. These will appear on the Mormon Portal a few at a time in the coming months. John Welch introduced the series as follows.

The following collection of New Testament word studies has been drawn mainly from a series of short articles published recently in the Newsletter of the Brigham Young University Religious Studies Center.* They focus on a few of the words in the Greek New Testament that may have particular interest to Latter-day Saints. Several point to the existence or awareness of sacred ordinances in the early Christian Church; some expand or refine the understanding of a term as it appears in common LDS usage; others show that Latter-day Saint concepts or expressions have roots in the earliest texts of the Christian era. Together they invite further exploration into the language of the New Testament in an effort to arrive at a clearer translation of the relevant biblical passages.

All the books of the New Testament, as we know them today, were written in Greek. Translating and understanding the words of these inspired writings require the combined efforts of heart, mind, and spirit. A variety of approaches can add numerous insights into the texture and tenor of a biblical text. The multifaceted process of translating a text begins with ascertaining and evaluating the ancient versions of the text, understanding its verbal elements, comprehending its syntax and context, noticing multiple levels of meaning and allusions, recalling echoes to related passages or expression, and many other steps. The following word studies deal with a small portion of this process, focusing on the basic meanings of a few key words.

In some instances, the ancient Greek words may have a different range of meanings than do their closest English counterparts. In these cases, individual word studies can bring to light interesting nuances in the text. For example, the Greek word exomologeo, which is translated "to give thanks" in Matthew 11:25, also means "to give praise." One practical implication of this is that in giving thanks a person should not only be grateful for getting something, but should praise the giver for his or her goodness in giving it.

On other occasions, the scriptures consciously enjoy wordplays. In Jesus' conversation with Nicodemus, for instance, the text amplifies its meaning, to the puzzlement of Nicodemus, by playing on the word pneuma, when it says the wind (pneuma) blows (pnei) withersoever it will, a veiled reference to the Holy Ghost (pneuma) and to the baptism and rebirth of the spirit.

Jesus often spoke purposefully in double meanings. That way people at different levels of spiritual preparedness could understand his words at their own level. When Jesus was asked why he spoke in parables, for example, he answered, "Who hath ears to hear, let him hear" (Mt. 13:9). Thus it is not surprising that many important Greek words in the New Testament may have a general, ethical meaning that applies to all people in all stations of life, but at the same time may have a technical or more specific meaning to those who have been instructed more completely in the covenants and ordinances of the gospel.

Latter-day Saints, who believe the Bible to be the word of God as far as it is translated correctly (Article of Faith 8), have particular reason to be interested in some of these double or secondary or specialized meanings. Through their understanding of the restored principles of the gospel, Latter-day Saints can understand aspects of the primitive Church that may be only hinted at in the surviving New Testament records. The guiding principles of the restored gospel link together with the results of careful study of the meaning of New Testament words. Latter-day revelations, the temple ceremony, and a general understanding of the plan of salvation contribute in many ways to a clearer understanding of the meaning of several biblical texts. Together, the revealed word and the semantic word convey God's messages to his children, as the following studies will illustrate. 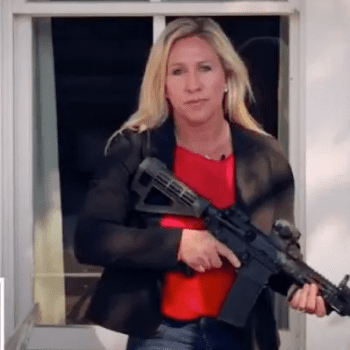 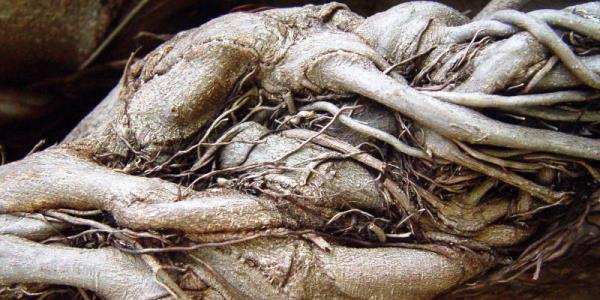 The Argument from Simplicity
Bob Seidensticker
4

Raymond Arroyo Just Wants to Tell You a Story
Kate O'Hare
Get Patheos Newsletters
Get the latest from Patheos by signing up for our newsletters. Try our 3 most popular, or select from our huge collection of unique and thought-provoking newsletters.
From time to time you will also receive Special Offers from our partners that help us make this content free for you. You can opt out of these offers at any time.
see our full list of newsletters
Editor's picks See all columnists