Obama's Eulogy: A Blessing to a Bereft Nation

My vocation as a minister requires delivering eulogies to mourning communities. Eulogies are meant to give voice to the feelings of communal loss and offer words of comfort and hope amidst the pain of death or tragedy. It is the hardest thing that clergy have to do. I am always left wishing I could offer more than words to heal the broken hearts, and to replace the arms of a loved one who will no longer be felt in an embrace. But sometimes all we have are words, and the truth is that words matter—especially the kind of words that the president used in his address to the nation in the wake of the shootings in Arizona.

The grieving community that the president addressed included the families of those who had been killed and injured—but it also stretched out to an entire nation. He was speaking to a country that is unclear how to deal with our grief at this tragedy. We are simultaneously sad for the victims, and calling for more civility even as we show our anger and frustration by pointing fingers of blame. It was a very difficult eulogy that the president had to deliver—and he did a wonderful job.

I was surprised how emotional I got during his address.

Perhaps it was because of the way the president described the people who had died. The president spent most of his time reminding us that America is comprised of people—just plain people like the ones who were shot in Arizona. He lingered on each individual, memorializing lives that were unique, varied, and precious. In describing them the president was also describing each one of us—not just the 'us' that are our close friends and political allies, but Us—all of us, the 'American Family' as the president reminded us. By remembering them, the president reminded us that every American is as they were, precious in God's sight and worthy of respect, dignity and life.

To read the rest of this article, click here.

Relieved and Grieved: My reflections on the Derek Chauvin verdict
Rob Dalrymple
3 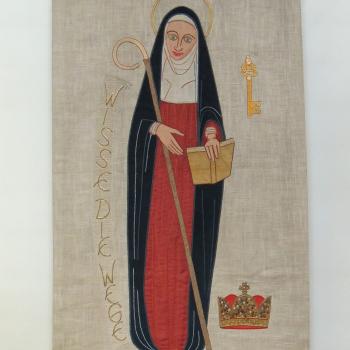 Lift Up The Voices Of Women
Henry Karlson
4

Don Lemon condemns Vatican’s stance on same-sex marriage: Why St. Patrick is a...
Jim Denison
Get Patheos Newsletters
Get the latest from Patheos by signing up for our newsletters. Try our 3 most popular, or select from our huge collection of unique and thought-provoking newsletters.
From time to time you will also receive Special Offers from our partners that help us make this content free for you. You can opt out of these offers at any time.
see our full list of newsletters
Editor's picks See all columnists