The Smoke of Satan 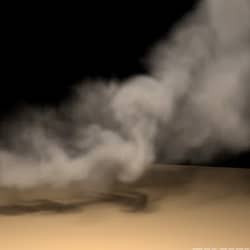 There are many problems in the Catholic Church that might be thought to be the "smoke of Satan" entering the church, but for my money one thing, above all others, has been the successful work of Satan that has undermined the church, emasculated her ministry, sabotaged the aims of the Holy Spirit, and captured a multitude of souls.

It is the modernist re-interpretation of the Catholic faith. The reductionist results of modern biblical scholarship and the infiltration of a modernist, rationalistic, and materialistic mindset meant that the supernatural was assumed to be impossible, and therefore the Bible stories (and also any supernatural elements of the faith) had to be "de-mythologized." Everything supernatural within the biblical account and within the lives of the saints and within the teaching of the church were assumed to be impossible and had to be "re-interpreted" so they would make sense to modern, scientifically minded people.

So, the feeding of the five thousand wasn't a miracle. Instead the "real miracle" was that everyone shared their lunch. Everything had to be questioned and "re-interpreted" in such a way that it could be accepted and understood by modern people. So when we call Jesus Christ "God Incarnate" what we really mean was that he was so fully human that as he reached his potential as a man, he showed us what divinity looks like. When we speak of the Blessed Virgin we mean she was "a very good and holy Jewish young woman." When we speak of the "Real Presence" we mean that we see the "Christ that is within each one of us."

I hate this crap.

It's the smoke of Satan, and it's virtually triumphant within the mainstream Protestant churches, and sadly, the modern Catholic Church in the U.S. is riddled through with the same noxious heresy. The reason it is so obnoxious and disgusting is because priests and clergy of all sorts still use all the traditional language of the liturgy, the scriptures, and the creeds, but they have changed the meaning of it altogether. They never actually stand up and say that they have changed the meaning, and that they no longer believe the faith once delivered to the saints. They don't discuss the fact that they have not only changed the meaning, but robbed it of meaning altogether. Instead they still stand up week by week and recite the creed as if they think it is true, but what they mean by "'true" is totally different from what their people mean.

So Father Flannel stands up on Easter Day and says, "Alleluia! Today we rejoice in the glorious resurrection of Our Lord Jesus Christ from the dead." His people think he really believes that Jesus' dead body came back to life by the power of God and that he went on to live forever. In fact, what Father Flannel really means is that "in some way the beautiful teachings of Jesus were remembered and continued by his followers long after his tragic death." The people don't know why Father Flannel's Catholic life is so lightweight and limp and they don't know why his style is so lacking in substance, and they go on in their muddled way thinking that he really does believe the Catholic faith when, in fact, he doesn't at all.

Consequently, Fr. Flannel doesn't really have much of a message at all. He doesn't believe any of the gospel except as some sort of beautiful story that inspires people to be nicer to each other. All that is left of his priesthood, therefore, is to be a nice guy to entertain people with inspirational thoughts and get everyone to be nicer to one another and try to save the planet.

The poor faithful have swallowed this stuff for two or three generations now, and they don't even know what poison they're swallowing because the lies are all dressed up in the same traditional language the church has always used. It's like someone has put battery acid into a milk bottle and given it to a baby, and never imagined that there was anything wrong with doing so—indeed thought it was the best thing for baby.

The faithful don't know why their church has become like a cross between a Joan Baez concert and a political activism meeting. They don't understand why they never hear the need for confession or repentance or hear about old-fashioned terms like "the precious blood" or "the body, blood, soul, and divinity of Our Lord and Savior." The fact of the matter is Father Flannel doesn't really think that sort of thing is "helpful".

This is why evangelization of the American Catholics in the pew is probably the most difficult task of all. They don't know what they don't know. For three generations now they have been given watered down milk and been told it was wine. They actually think that Catholic-lite is what it's all about, and are astounded to think that there are some of us who think that they have actually been fed a version of Christianity that is scarcely Christianity at all.