The Cub in the Global Marketplace: Amy Chua's "Tiger Mothering"

If you follow the kinds of public conversations that linger over "work-life balance" and "over-structured childhood"—that is, the chatter on the jittery leading-edge of upper-middle-class, 30- and 40-something mothers—or if you are Facebook friends with someone who does, you have probably already encountered Amy Chua's controversial piece in the Wall Street Journal, "Why Chinese Mothers Are Superior." The provocative title and deliberately outrageous content of the piece have scored nearly wall-to-wall coverage in all media outlets, major and minor, over the past week.

Chua's article, an excerpt from and promotion for her new book Battle Hymn of the Tiger Mother, which I have not read, is overflowing with juicy, excerpt-able glimpses of the extreme methods she used in pushing her two daughters toward excellence in music performance and academics. Bloggers and columnists obligingly took the bait, and the article elicited outrage and defensive rebuttals. For her part, Chua seemed unprepared for the ferocity of the response, and much of her airtime over the past week has been spent back-pedaling and qualifying her remarks.

In her defense, Chua's book taken in its entirety does appear to pull back somewhat from the extreme position of the article. And even the short article itself, in my reading anyway, is playfully undercut by the self-mocking authorial voice that draws attention to Chua's own penchant for exaggeration and drama. I suspect that there is quite a bit of hyperbole in her description of extreme parenting, Asian-style (or Indian-, Korean-, Ghanaian-, or Irish-style; Chua is clear that she is talking about a family culture common to, though not exclusive to, immigrant groups).

Even thus caveated, Chua's anecdotes are astounding, and they expertly activate the intractable contradictions at the center of upper-middle-class Western parenting even as they deflate its soft certainties. Chua knows her audience well. But ultimately Chua's extreme methods are the sideshow to her deeper critique of Western parenting, and in that sense the extraordinary response to the article has missed its point. I will never call my children "garbage" or shout at them until my voice hoarsens; those techniques are simply not in my cultural repertoire, and they never will be. I suspect that is the case for most Western parents. However my own children have cried many times at the piano under my own softer-toned instruction, and I am agnostic on the question of whether Chua's pyrotechnic style is ultimately more damaging than mine. In the end, the conversation about methods comes down to issues of degree and context that are difficult to answer in any rigorous way.

More interesting, in my view, is the contrast Chua draws between the aims of Chinese parents and their Western counterparts. After the provocation and humor of the opening, she concludes the piece on a note of sober analysis:

Western parents try to respect their children's individuality, encouraging them to pursue their true passions, supporting their choices, and providing positive reinforcement and a nurturing environment. By contrast, the Chinese believe that the best way to protect their children is by preparing them for the future, letting them see what they're capable of, and arming them with skills, work habits and inner confidence that no one can ever take away.

This is a fair characterization of mainstream Western parenting, I think, and I take her word that it's an accurate portrayal of Chinese, as well (though, it should be noted, that has been disputed). Individuality, authenticity, and choice are the philosophical watchwords of American parenting experts from infancy onward; sentimentality and nurturing affection are the emotional hallmarks of that style (except when it comes to infant sleep training!). The roots of these Western values reach far back into our intellectual and social histories, even if their application in the trenches of parenthood changes from decade to decade.

What's new in the last decade or so, and what has fueled the anxious hysteria of the response to Chua's article, are the demands placed on parents by the structural realities of the Information Age. Upper-middle-class parents like to tell themselves that the restructuring of the global marketplace has rewarded, in the global northwest anyway, creativity, innovation, and critical thinking, as American and European workers spend more time managing information and services than manufacturing goods. We see our parenting emphasis on individuality, self-direction, and choice as nurturing these qualities in our children. 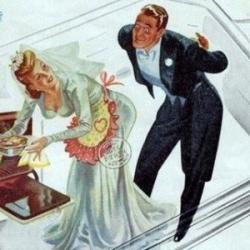 The Forest Is My Church
James Haught
4 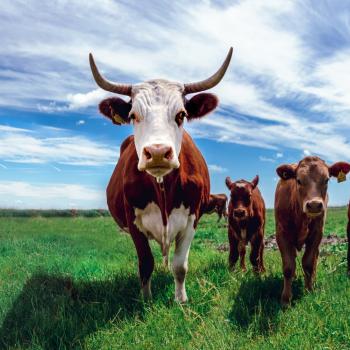 This Atheist Is Going Vegetarian
Andrew Hall
Get Patheos Newsletters
Get the latest from Patheos by signing up for our newsletters. Try our 3 most popular, or select from our huge collection of unique and thought-provoking newsletters.
From time to time you will also receive Special Offers from our partners that help us make this content free for you. You can opt out of these offers at any time.
see our full list of newsletters
Editor's picks See all columnists