Those Who Oppose Abortion Should Oppose Contraception Too

Editor's Note: In a recent conversation on abortion, a Catholic friend (biographical information below) explained her view that Christians who are committed to the pro-life cause should avoid contraception, and especially hormonal contraceptive methods. I invited her to explain in greater detail, and she graciously wrote the following.

Evangelicals have not generally shown much concern with contraception—either that particular contraceptive methods might be abortive in their effect, nor that the very notion of contraception might contradict the essence of a culture of life. Should evangelicals be more concerned? Should they learn something from Catholics on these matters? Please leave your thoughts in the comments. 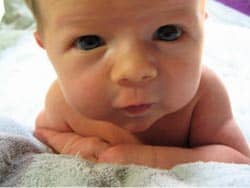 Any person who is truly pro-life ought not to use hormonal contraception methods.

Many people, pro-life or not, are not aware that hormonal contraception can be abortive. I was ignorant of the fact for many years. Anyone who believes that life begins at conception, and uses hormonal birth control methods, should learn how hormonal contraceptives work and decide if they still believe they are morally acceptable.

Most pro-lifers believe that life begins at conception, which Merriam-Webster describes as "the process of becoming pregnant involving fertilization or implantation or both." This is the third of four steps in the biology of conception. The fourth step is when the now-fertilized egg implants itself into the uterine wall.

The problem is that all hormonal birth control methods—the birth control patch, a Depo-Provera injection, the vaginal ring, birth control pills, Lunelle injection, IUDs (intrauterine devices), and (of course) the morning-after pill—can have the effect of changing the lining of a woman's uterus, preventing implantation of an already-fertilized egg. To be clear, hormonal birth control methods can prevent pregnancy in several ways. Most (except IUDs) seek to prevent ovulation first, and change the cervical mucus to make it more difficult for the sperm to reach the egg. But if both of these methods fail—and it is clear they do fail—and an egg is fertilized with the sperm, then the final consequence of hormonal birth control methods is to prevent the fertilized egg from implanting on the uterine wall. A child has been conceived, insofar as the sperm and the egg have united and have thus begun the formation of human life, but hormonal contraceptive methods change the lining of the woman's uterus so that the fertilized egg cannot implant itself and will die.

Imagine, then, that you are committed to the sanctity of human life and believe that life begins at conception. Imagine also that you are using a birth control pill, or another hormonal birth control method. There is really no way to know whether the pill worked because it prevented conception, or whether it "worked" because it caused a fertilized egg to die. Any of these methods of birth control could potentially end a conceived life. Doctors may tell you the odds of that are slim, that your birth control will prevent ovulation or the sperm reaching the egg the majority of the time. But there is no way to know for sure that your birth control will not, in effect, abort a human life.

The American Pregnancy Association website mentions this ethical dilemma when discussing these types of birth control methods. For every one of these methods, the website, after it mentions their power to change the lining of the uterus, links to an "ethical consideration." The ethical consideration, it explains, "develops for individuals who believe that life begins at conception. When contraceptive methods fail to prevent ovulation or fertilization, the changing of the uterine lining is used to prevent the fertilized egg or ‘life' from implanting the uterine wall. It is this action that leaves people believing they have crossed an ethical boundary." And indeed Christians, or all people who are pro-life, should take notice of the effects of hormonal birth control methods, and should consider if the use of potentially abortive birth control methods transgresses their commitment to the sanctity and defense of human life.

I will go a step further: those who are truly pro-life should be against contraception completely. Contraception literally means "against life." For those who stand in the Judeo-Christian tradition, sex is designed by God to have two natures: a unitive nature and a procreative nature. The unitive nature is intended to bring a husband and wife together in an intimate union where nothing is held back from one another, mirroring Christ's intimate union with His church. The procreative nature of sex brings forth the possibility of creating new life through that unitive bond. If we truly love and respect our partners, shouldn't we be fully open to the procreative gift of life that can result from that fully unitive love, and not just use each other as a means to an end? And if we attempt to achieve the unitive aspect of sex while eliminating the procreative aspect, are we truly mirroring Christ's intimate unitive relationship with each of us, a relationship which brings forth new life? Or are we holding something back from our partners and tampering with God's intent for sexual union?