Vaccines and Autism: A Matter of Trust 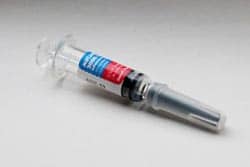 Recent news out of Great Britain was of particular interest to the parents of autistic children; it turns out The Wakefield Study pinning autism on childhood Measles/Mumps/Rubella vaccines was largely a fraud. No one can reproduce the findings, including Dr. Wakefield, and there is evidence that data were skewed to find fault with vaccines because a legal firm interested in suing pharmaceutical companies was funding the doctor's study. Dr. Wakefield, now stripped of his medical license, says the investigating journalist is "out to get me." Supporters say Wakefield is a solid, honest man.

There are voices on all sides claiming that our children were/are harmed by poisonous brews called vaccines, others claim that the injections are totally harmless, and that we are abusing our children and those adults who have weakened immune systems by not vaccinating them.

Something is causing the rise in actual numbers of autistic children, something besides ‘better diagnosis'. What should I, as the mother of one child with autism and another with Asperger's syndrome (a disorder in the ‘autism spectrum') think about this minefield of opinion that has opened up since this news?

There is a kind of pain that happens deep in the heart when a child begins to display the symptoms of autism and denial is no longer possible. It becomes a deep grief when the diagnosis is made.

Guilt follows: Was it my own fault in what I have done, or in what I have failed to do that led my son to become mentally retarded, to be unable to process the world around him appropriately, to be so dependent on others for his care for all of his life? I treasure my son, and love him beyond measure, yet the nagging doubt came: What did I do, how could I have prevented this, what will happen to him when I'm gone?

The voices of doctors, scientists, advocates, and media shouting each other down over the heads of people like us is sometimes too much to bear. Who can be trusted?

Regardless of whether Dr. Wakefield was deliberately fraudulent or manipulated by others, society as a whole is harmed. Vaccine proponents will feel reinvigorated and claim that there is no reason now to dismiss vaccines. Yet, because of the uniqueness of every individual, something in one or several of the vaccines may indeed be a factor in the rise of incidents of autism among children; who can for certain say that some kind of harm may or may not occur, but so slowly that immediate reactions are unspotted, and therefore "cause and effect" go uncharted?

Science is supposed to embrace healthy skepticism in order to objectively look for answers, even if the answers aren't popular. Some vaccines, like the current MMR vaccine and the chicken pox vaccine, contain residual human fetal DNA. There is some thought that perhaps this fetal DNA could be responsible for the rise in autism and a study is currently being prepared to address this. Vaccine advocates almost never allow people to linger on that fact, making certain we know there are no ‘fetal tissues' in the vaccine, but not exactly acknowledging the fact that residual human DNA is in that vaccine. By dismissing this concern they look as if they are trying to hide something, which doesn't lend itself to trust.

On the other hand, diphtheria, polio, whooping cough, etc., are horrible diseases that took the lives of many children throughout human history and crippled many more. Measles, rubella, and mumps are largely annoying until some unfortunate case results in mental retardation, blindness, or deafness, or causes harm to an adult who has lost immunity.

No one wants to return to children choking to death from diphtheria. No one wants to get a fever today and discover it's polio tomorrow. Refusing to acknowledge the genuine societal good vaccines have done looks like fear mongering.

Nevertheless, there are genuine concerns; we are in a quandary. Parents of autistic kids find ourselves caught between loud voices proclaiming total safety on one side, and total harm on the other, as we watch our stricken children struggle to speak and participate in a culture that largely doesn't value them.

We want desperately to do what is best for our kids, and hope that the medical community and the government want that as well. But we know all too well that governments, doctors, and pharmaceutical companies are not above suppressing information (or, in the case of Dr. Wakefield, allegedly skewing it) for the sake of profit. Scientists and doctors and government agencies have sometimes turned their eyes, willing to allow harm to be done to people—to use people as unknowing guinea pigs—when money or social engineering is involved.