What Child Is This? Reflections on Isaiah 49:1-7

We are now moving deeper into the season of Epiphany. On January 6, the Christ child has been revealed to the entire world through the visit of the mysterious magi from the East. Led by a brilliant star, these three (as tradition has it) are lead to the child in his lowly manger, bearing rich gifts that announce his uniqueness and saving hope. What the season of Epiphany attempts to do is to explore the fuller meaning of the child by looking again at texts that early believers found illuminative for that meaning.

The first Sunday in Year A turned our attention to Isaiah's first servant song, those four poems that together explore the purposes of the Servant of the Lord whom the prophet envisioned as the remarkable agent by whom the exiled Israel would rediscover their divine work. Isaiah 42 spoke of the spirit of God that will be with him, leading him to seek justice and righteousness, not merely for the restored Israel but for the entire earth. It further claimed that the means of his work of justice would not be power and might but a quiet, unobtrusive persistence that would lead inevitably to justice for all God's people.

Isaiah 49 expands and enriches this portrait. The servant himself now speaks, urging the "coastlands" and "peoples far away" to listen carefully to his words, autobiographical words that describe the origins and work of the servant. "The Lord called me before I was born," he begins, echoing the words of Jeremiah, who in 1:5 of his prophecy proclaimed through the "I" of God that "Before I formed you in the womb I knew you." This foreknowledge of God is a certain way to announce that the work of the servant, the work of the prophet, is so important, so undeniable, that it was determined before birth. Jeremiah's fears that he is too young for the work of prophecy (1:6) are belied by the conviction that his destiny is to do nothing else.

And so it is with Isaiah's servant; he was called before birth and "named" in his mother's womb. There is no escape from the task for which he has been summoned and no uncertainty that he has been called to do it. And he is well equipped for the work. "He made my mouth like a sharp sword" (49:2a); the work of this servant is oral. He will be a speaker, uttering words that will be sharp. This metaphor is a reminder of the much-later image employed by the author of the letter to the Hebrews who defines the word of God as "sharper than any two-edged sword" (Heb. 4:12).

Verse 2bc suggests that this servant of God is not at first a public or prominent figure. Indeed, he is "hidden in the shadow of God's hand," and like an arrow in its quiver God "hid me away." But verse 4 proclaims quite openly the identity of the servant; it is in fact "Israel" in whom God will be glorified. The chosen people of YHWH, called out of Egypt, given the Torah at Sinai, brought to the land of promise, forged into the nation of God, it is that nation who is the servant. But the servant Israel finds itself at the time of Isaiah's words far from glory, far from the great destiny promised to them by YHWH. They are in exile, hundreds of miles from the land of promise, far distant from the great work to which they have been called.

And so the servant cries in anguish, "I have labored in vain; I have spent my strength for nothing and vanity" (49:4a). Has the call of the servant Israel been nothing more than a cruel deception? The lost promises of land, king, temple, priesthood indicate that the role of the servant of God, the sharp sword of his word, has resulted in "vanity" (perhaps a better reading of this word would be "emptiness, mist"). The result to date of the work of the servant appears to be exile, hopelessness, futility. But, the servant maintains in the midst of this tragedy a certainty of the power of God; "yet surely my cause is with the Lord, and my reward with my God" (49:4b).

In verse 5 God makes plain what the reason for the servant's call has been up to now. The servant has been formed in the womb precisely to "bring Jacob back to him (God), and that Israel might be gathered to God." So, it is clear that the servant is not in fact the whole people of Israel, but perhaps a special group within the nation whose function it has been to "bring Israel back to God." In this sense of the servant's work, he sounds very much like one of Israel's prophets, called to speak words of truth to the nation that too often refuses to hear such sharp words.

But verse 6 announces one of Isaiah's most important extensions of the servant's task. These glorious words ring down the ages. 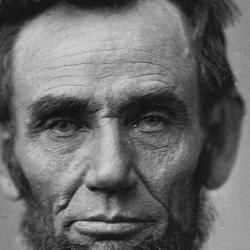 SURPRISED BY JOY: A Meditation on Kensho in Zen, Buddhism, and Literature
James Ford
3 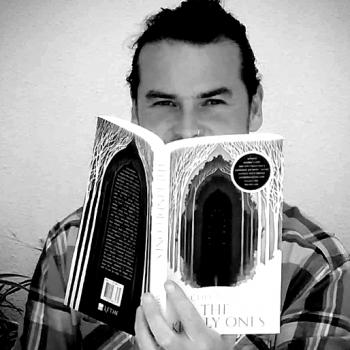