The Arguments of Religious Freedom under Fire: Part 1

This cultural decline of religion, however measured, is matched by a narrowing legal space for the free exercise of religion, and this is the argument's third claim. As a legal scholar, Oaks is now on his home turf, and he cites the 1990 Supreme Court case Employment Division vs. Smith, which ruled that states need not provide special protection to otherwise illegal religious activities merely because they are conducted for religious reasons, in effect erasing the special legal status that Oaks believes religious expression should enjoy. Although that case hinged on the religious use of illegal drugs, Oaks turns rather quickly to a different example—indeed the speech's only example—of what he sees as the narrowing legal space for religious expression: the question of religious views on homosexuality and gay marriage. He points to two incidents illustrating what he sees as a trend toward legal restriction on free religious exercise: a dispute involving a New Mexico wedding photographer who refused to photograph a gay commitment ceremony, who was ultimately required by the court to pay the couple's legal fees; and a matter involving a New Jersey church that refused to allow its boardwalk pavilion to be used for a gay civil-union ceremony, for which a federal court refused to give relief from state penalties.

One senses, however, that these legal disputes are not Oaks' deepest concern about religious freedom. His most pressing fear seems to be one that is more difficult to pinpoint, the sense that "public esteem is turning against" religious belief as an acceptable basis for citizen action and public argument.

As evidence for this fourth and final claim, Oaks points to several tussles over academic freedom, in which professors or students were disciplined for expressing their personal views that homosexual behavior is sinful. He also cites a law review article by Chai Feldblum, a member of the Equal Employment Opportunity Commission, which frames up a notion of "sexual-orientation liberty" and argues for its priority over "religious-belief liberty." In these academic disputes, Oaks sees the beginnings of what he fears will become a widespread social taboo by which religious viewpoints are "coerced or deterred into silence by the kinds of intimidation or threatening rhetoric that are being experienced."

These are the bones of Oaks' legal and philosophical argument, as I understand it. The speech included more, of course, including calls for unity among religious believers of all stripes and encouragement for religious-minded citizens to speak out. But the meat of his message is the case for a decline in religious freedom as outlined above. Stay tuned next week for my assessment of the historical evidence he presents.

Nothing that Concerns You Has Happened...
Sherry Antonetti
2 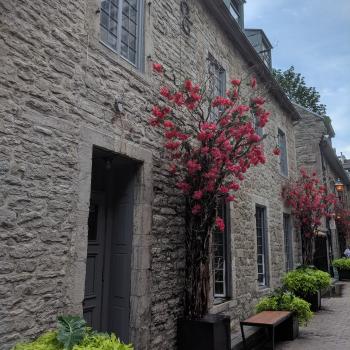 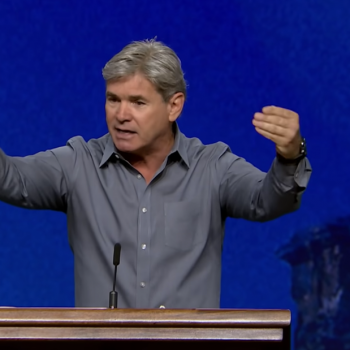 Christian Pastor: If Something Crashed in Roswell, "It's of Demonic Origin"
Hemant Mehta
Get Patheos Newsletters
Get the latest from Patheos by signing up for our newsletters. Try our 3 most popular, or select from our huge collection of unique and thought-provoking newsletters.
From time to time you will also receive Special Offers from our partners that help us make this content free for you. You can opt out of these offers at any time.
see our full list of newsletters
Editor's picks See all columnists