Making hindsight judgments is always difficult. But do you think we should have used bankruptcy more as the institution to respond to the crisis versus bailouts?

We really could have. The distinction I would draw with respect to bankruptcy and bailout is this: it's almost never a good idea to bail out a particular institution, simply because the removal of responsibility leads to bad consequences both for that institution and for the way people act in the future. It is almost always a bad idea to bail out a particular institution, and bankruptcy is almost always a superior way to deal with their problems. However, when the entire banking industry is in trouble, when there is a real question whether the banks and their willingness to lend is simply going to grind to a halt, then the government is justified in stepping in to support the system as a whole.

So, to put it into the context of 2008, the $700 billion of TARP money, which was used to protect all of the banks, not just particular banks, was defensible. It was actually a good idea. What I don't think was a good idea was bailing out individual institutions, like Bear Stearns and AIG.

The bailout mentality really does undermine our national ability to respond to the structural problems in our federal budget. The bailouts communicated that the government had the ability and the will to spare large Wall Street institutions the consequences of the problems that they had gotten themselves into. And I want to underscore that they really did, for the most part, get themselves into the predicament they were in. After almost three years now of watching these big institutions be protected and not fully bear the consequences of their failures, not fully make the sacrifices that you might have expected, a lot of people may ask, "Why should I be expected to make sacrifices? Why should I be expected to bear a chunk of our national deficit when these giant institutions on Wall Street are not?"

The example I use most frequently is that of the millions of homeowners whose houses are underwater now—meaning that the homeowner owes more on their mortgage than the house is worth. Over the last few years, millions of Americans have found themselves in this predicament. People have been asking for a way to restructure their obligations so they're more manageable. The sense a lot of people have gotten is that the government gave Wall Street a helping hand but has done little to help out homeowners. The government really hasn't decisively stepped in and provided a way for homeowners to restructure so that they can better afford their mortgages.

To make matters worse, the same banks that have gotten the helping hand from the government have also been in a position to help out with homeowners' plight. The very banks that got the handout from the government have resisted any restructuring of homeowners' mortgages. So there is a very widespread sense that one set of rules is applied to Wall Street and another set of rules to ordinary homeowners. The big financial institutions are spared the consequences of their actions. There is mercy for them but no mercy for ordinary homeowners.

This is a great illustration of the biblical parable in Matthew 18, where a man whose very substantial debt is forgiven then refuses to forgive the people who owe him small amounts. You're saying that the actions of the banks illustrates that the wrong values are in place.

It really is an unfortunately perfect illustration of that parable. One example that really sticks in my craw involves bankruptcy and the existing consumer bankruptcy rules. Under our current consumer bankruptcy laws, mortgages have an almost unique treatment. They are just about the only kind of obligation that cannot be restructured in bankruptcy. Because of this rule, bankruptcy really doesn't offer much help to homeowners who owe more than their houses are worth. Over the last two or three years of the crisis, it has been very clear that a simple way to show mercy to homeowners would simply be to change that rule. Then, if a homeowner were in dire straits and they filed for bankruptcy and could reduce the amount of their mortgage to the value of the property, this would enable many homeowners to keep their homes and, at the end of the day, to pay back most of what they owe on the house. 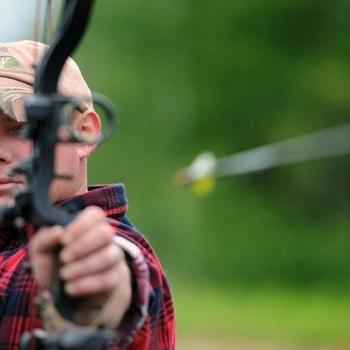 An Excellent Critique of Molinism as Incompatible with Arminianism
Roger E. Olson
3

The Nativity of Antichrist
Gabriel Blanchard
Get Patheos Newsletters
Get the latest from Patheos by signing up for our newsletters. Try our 3 most popular, or select from our huge collection of unique and thought-provoking newsletters.
From time to time you will also receive Special Offers from our partners that help us make this content free for you. You can opt out of these offers at any time.
see our full list of newsletters
Editor's picks See all columnists