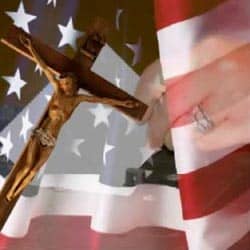 Writing recently about Rick Santorum's quest to become the Republican presidential nominee in 2012, George Will remarked that Santorum's chances depend on social conservatives who currently feel ignored and would be naturally sympathetic to someone like the former GOP senator from Pennsylvania.

I venture no opinion on Santorum's prospects. But about the present condition of social conservatives, for whom abortion and the defense of traditional marriage are issues of paramount priority, Will is entirely correct.

Pro-lifers in the Republican-controlled House have lately been making a push for abortion-related legislation that social conservatives happily support. Unfortunately, there is little chance that the legislation can get through the Democratic-controlled Senate and virtually none that President Obama would sign it.

And with this exception, there just isn't much on the horizon for social conservatives to cheer about. Congress rolled over and played dead a while back on the issue of "don't ask, don't tell," and it's scary to think what the Senate might do if Obama gets a chance to nominate another pro-abortion justice to the Supreme Court.

Still, the social conservatives' sense of frustration is hardly new. The Democrat party gave them a cold shoulder nearly four decades ago. As for the Republicans, whenever I write on these matters I can count on hearing from people who wish to remind me that, despite its official conservatism on social issues, the GOP has often been more talk than action, and Republican presidents have sent more than their share of pro-choice justices to the Supreme Court.

No wonder social conservatives are out of sorts. Like other Americans advocating various other causes, they want change. Who will give it to them, and when, are the great imponderables.

Catholic voters over the years have contributed a lot to bringing about this present state of affairs. Another conservative columnist, Michael Gerson, cut to the heart of the matter with words that deserve to be taken most seriously.

Remarking on the fact that the number of Catholic Republicans in the House had risen to 64 (as against 68 Democrats), Gerson asked what difference that would make. His answer: "Judging from the broader behavior of Catholics in American politics, not much."

"A century ago," he wrote, "many Catholics voted Democratic out of ethnic solidarity. Today, most Catholics vote exactly like their suburban neighbors. Catholics are often swing voters in elections because they are so typical. . . . There is something vaguely disturbing about the precise symmetry of any religious group with other voters of their same class and background. One would hope that an ancient, demanding faith would leave some distinctive mark."

But even though Catholics as a body share the values and voting patterns of everybody else in their neighborhood, their Church, as Gerson notes, marches to a different drummer.

Quite simply, the Catholic Church in its teaching is neither simplistically "conservative" nor stereotypically "liberal" by contemporary secular standards.

Rather, it is distinctively itself. More than most groups, and certainly more than either of our political parties, the Church, proceeding from moral principle, combines "conservative" and "liberal" stands on issues in a coherent body of policy views that it brings to the political debate.

Obviously, not all individual Catholics also fit this profile, but some do. Typically, such people are strongly pro-life and committed to traditional marriage, and also strongly supportive of comprehensive immigration reform and of economic policies based on social justice. Even more than generic "social conservatives," these Catholics seek a party and candidates to support in 2012. I hope they find them.