When (Jesus) came to Nazareth, where he had been brought up, he went to the synagogue on the Sabbath day, as was his custom.

The second week of our Life of Jesus series brought us to Luke 4 and the story of Jesus' return to Nazareth. Jesus reads a passage from Isaiah, declares to those gathered that the prophecy has been fulfilled in their hearing, and the crowd responds joyfully. However, the tone of the story quickly changes when Jesus clarifies that he will not do wonders here in Nazareth like they'd heard he had done in Capernaum. He adds a little fuel to the fire by then quoting instances of two other prophets who did little in their own hometowns but found time to heal outsiders—and Gentile outsiders at that. At this, the crowd becomes enraged, and they drive Jesus out of town.

These are the kinds of stories for which discussions are made. So much happening! So many undertones! So many unnamed gaps to explore! Wherever to begin?

Dallas Gingles started our conversation off by saying, "It seems pretty clear that Luke is using [the Isaiah passage] to create a kind of 'thesis statement' for the life of Jesus. So what Jesus is asserting is a kind of Isaianic vision of the reign of God in social relationships of people."

The problem comes, of course, when Jesus alters that prophecy to include people previously seen as outsiders. As readers, Luke is showing us that Jesus may have amazing things to say, but they are sometimes hard to hear. And they almost always require an adjustment of expectations. In this passage, Jesus as the hailed hometown hero creates a radical disturbance when he declares that he has no intentions of settling down in Nazareth and setting up a healing shop. He's going places—outsider places, too. Jesus' thesis statement is justice and grace for all people, social relationships that extend far beyond our own circle. That certainly describes the kind of humanity we are to embody as well.

Dallas continued, "I think that one of the most interesting human pieces in this is that Jesus is positioning himself as a prophet—those most human of creatures. Prophets are crazy human . . . and crazy humans. And Jesus is tapping into that prophetic role that centers on the public relationships and social justice that prophets have as their bull's-eye."

Prophets are crazy human. On Sunday when we discussed this, we talked about Jesus having a "humanity radar" that was cranked up higher than most of ours. He could feel things deeply, and see them, too. This kind of humanity that is finely tuned to the sorrows, struggles, sins, and pains of others is what makes the prophets so powerful. It's also what makes them weird, and sometimes annoying, because the rest of us aren't used to being around people who wave that deeper level of reality in our faces all the time. Prophets are crazy human; they experience the world in a way that is more intense than the rest of us. And prophets are crazy humans, because that's what it looks like to us when they seem to get upset over things we didn't even recognize, much less find worthy of our repentance.

The people of Nazareth are so much like us. We think we are all in favor of this great prophecy coming true, but when the rubber meets the road, we don't really like what that means for us. As Matthew Kingore said in discussion, Jesus is basically telling the people of Nazareth that he's selling their shares.

We wondered in discussion whether there is a parallel with our own context in how social justice issues have become "cool" in recent years, even though real action on the issues is far less widespread. Are we people who nod our heads in favorable agreement when an issue is publicly declared (like Jesus reading the prophecy from Isaiah), and then become disinterested or even angry when it doesn't benefit us directly?

John Loving said, "Notice it's only cool as long as all one has to do is 'be aware' of the injustices and sufferings of others that you never have to see. The focus is on evils far away and removed from ourselves, but not on those next door or in our streets and cities. So social justice has become a way to say, 'I'm really a good person.'" (And it doesn't cost you anything.)

If the crazy human prophet Jesus teaches us in this story what it means to proclaim the year of the Lord's favor, it's going to cost us something. We can't own it, control it, or hoard it. To be human as Jesus is human, we have to live as suffering servants. We have to try to crank our humanity radar up a little higher, even if it means we look a little bit more crazy. We have to let go, and let God's favor move where it will, even as we watch it sweep outside the boundaries of our own hometown. 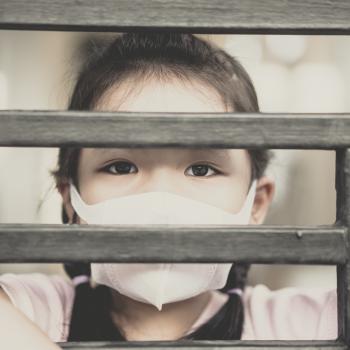 Die Another Day?: How The Fear of Death Controls Us
Anthony Costello
2 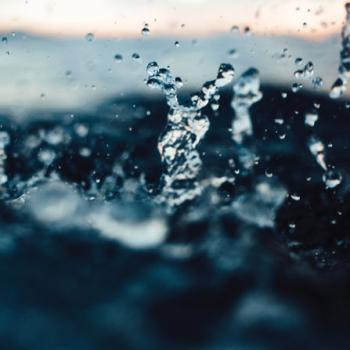 What to Do When You Sin
Randy Alcorn
3

Four year on from a cancer diagnosis: battling for hope, dealing with the...
Adrian Warnock
Get Patheos Newsletters
Get the latest from Patheos by signing up for our newsletters. Try our 3 most popular, or select from our huge collection of unique and thought-provoking newsletters.
From time to time you will also receive Special Offers from our partners that help us make this content free for you. You can opt out of these offers at any time.
see our full list of newsletters
Editor's picks See all columnists