The Greatest Movie Ever Made

Is it a good movie? Yes. Most definitely. But is it the single greatest achievement in the history of film? How does one even quantify that? Film, like all art, is an aesthetic medium, and aesthetics are in the realm of the subjective. Naming a film (objectively) the "greatest film ever" strikes me as false. Of course, the subjective invites discussion in a way the objective does not, and we might as well have a "greatest film ever," so why not Citizen Kane?

Honestly, I don't think it matters one way or the other. Citizen Kane is, at least, a very good movie.

It chronicles the rise and fall of fictional newspaper czar Charles Foster Kane. It begins with his death, alone and inestimably wealthy as he utters his last word, the enigmatic, "Rosebud." The film then follows a reporter trying to solve the mystery of that final word, and it includes Kane's life story as told by those who were closest to him.

At its core, this story is an exploration of what drives a man to do all he does. Is he after money? Romance? Friends? Public esteem? Self-knowledge? Citizen Kane definitely offers an opinion on the matter, though I will not spoil the film's secret by divulging it here.

One might argue that this is the question at the heart of every narrative, film or not. Famous screenplay coach Robert McKee says that a story is simply a character who wants something and overcomes conflict to get it. Citizen Kane asks the question of what is at the heart of every character's desire. Dressed in the garb of a wealthy newspaper man, Kane's story is every story.

The Bible asks and answers the same essential question. The Christian faith teaches that we long for reconciliation with God, and this longing sets creation in motion. Citizen Kane's answer differs a little, but it is metaphorically pointed in the right direction.

Citizen Kane is the "greatest film of all time" because of what it did for cinema. Never before has such stylized camera work and technique been used in such a commercially approachable film. It changed the way movies are made.

Citizen Kane is a great film because it is excellently directed and acted, flawlessly executed, and because it asks the essential question of humankind: Why are we broken, and how do we get fixed?

McEnany: "I Never Lied" in the White House Because I'm a "Woman of Faith"
Hemant Mehta
2 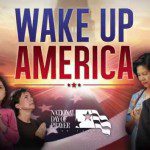 Christian nationalism vs. the children's catechism
Fred Clark
Get Patheos Newsletters
Get the latest from Patheos by signing up for our newsletters. Try our 3 most popular, or select from our huge collection of unique and thought-provoking newsletters.
From time to time you will also receive Special Offers from our partners that help us make this content free for you. You can opt out of these offers at any time.
see our full list of newsletters
Editor's picks See all columnists