"I No Longer Call You Slaves": The Healy Brothers

But they harbored a secret, one that by 19th-century white America's standards was considered terrible. Their mother, Eliza Clark, had been a slave on their father's plantation. Although Michael and Eliza had a committed, exclusive relationship, Georgia banned interracial marriage and defined their children as slaves.

It wouldn't be easy, because many white Catholics, clergy included, shared the prejudices of the day. But Bishop Fitzpatrick and the Holy Cross Jesuits did all they could to help the Healys. The bishop sponsored James and Sherwood for his diocese, and Patrick joined the Jesuits. In a shameful reflection of the era, no American seminary would take them, so the brothers were forced to study abroad, in Canada and Europe. Their sisters had to travel to Canada to find a religious community that would accept them.

In June 1854, James became America's first Black priest, but this information was never made public. Boston priests knew and commented on it among themselves, but Bishop Fitzpatrick supported Healy, placing him in key administrative roles such as chancellor (a sort of chief operating officer) and his personal secretary. As James's ability became evident, comments became fewer. He also served as pastor of St. James Church, one of Boston's largest parishes.

In 1875, he became Bishop of Portland, Maine. For twenty-five years, he provided capable, quiet leadership. Initially some priests objected to what they called his "indelicate blood," but the people knew little of it. In 1900, a Portland paper wrote that he enjoyed "the esteem and respect of the community."

A Jesuit's formation program can last for well over a decade. Patrick Healy's began in 1850, and it took him back to Holy Cross as a teacher. Students there remembered him, and not always favorably. He wrote a friend that "remarks are sometimes made . . . which wound my very heart. You know to what I refer." Later he studied in Europe, earning a doctorate in philosophy, and he was ordained in Belgium in 1864. (The ordination ritual included the words, "I no longer call you slaves but friends.") Back in America, he was assigned to Georgetown University.

Many alumni, some from slaveholding families, recalled his brilliance. They didn't know his story, but his fellow Jesuits were aware of what they called "the problem related to his background." Nevertheless, in 1873, he was named president of the largest Catholic college in the United States. Over nine years, he modernized the curriculum, expanded the law and medical schools, started a campus building spree, and traveled nationwide on fundraising projects. Today Georgetown remembers him as its "second founder."

Fitzpatrick wasn't abandoning Sherwood; he just realized the limits of what he could do for him. Sadly, the young priest died at 39 in 1875, as pastor of a large Boston parish. Over 150 priests and several bishops attended his funeral. 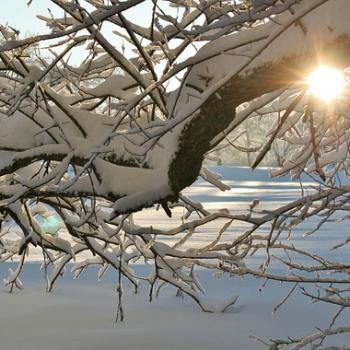 On the Feast of Saint Blaise, Bishop And Martyr
Mary Pezzulo
3

The Spring Riot
Mortellus
Get Patheos Newsletters
Get the latest from Patheos by signing up for our newsletters. Try our 3 most popular, or select from our huge collection of unique and thought-provoking newsletters.
From time to time you will also receive Special Offers from our partners that help us make this content free for you. You can opt out of these offers at any time.
see our full list of newsletters
Editor's picks See all columnists