"Many are called, but few are chosen." The statement appears first in Matthew 20:16, at the end of the parable of the laborers in the vineyard. It is repeated in Matthew 22:14, at the end of the parable of the king's son's wedding feast. In both cases, the clause reminds us that Christ's reign will upend the order of the world: God invites everyone, but not everyone will accept the invitation; some who think themselves in charge will be surprised to find out they are not. In these scriptures, the chosen are those chosen for eternal life. And as the parable of the sheep and the goats (Matthew 25:31-46) reminds us, we ought not be too confident about who will be invited to stand at the right hand of Christ.

In Mormon scripture the clause is repeated again in Doctrine and Covenants 121:40, at the beginning of a discourse on how to exercise power: "many are called, but few are chosen"—presumably to inherit life with the Father—because they do not know how to exercise authority. In scripture the idea of being chosen often means eventually being chosen to be in the kingdom of God, and the scriptures warn us against being confident that we will be among those chosen.

But there is another important use of the term, the notion of the chosen people: "Thou art an holy people unto the Lord thy God: the Lord thy God hath chosen thee to be a special people unto himself, above all people that are upon the face of the earth" (Deuteronomy 7:6). To the irritation—if not the offense—of many, Mormons understand themselves to be a chosen people, a latter-day version of ancient Israel. Out of the many, The Church of Jesus Christ of Latter-day Saints claims to be chosen, an idea often expressed by Mormons who speak of the LDS Church as "the true church." That claim is audacious, to say the least. It is not difficult to understand why other Christians are offended by our claim.

I doubt that I can entirely remove that offense. Ultimately, if Mormon claims about our origins and about the authority to be found in the LDS Church are not an offense at some level, then they have lost their meaning for LDS belief. One can say "I am right" in a way that invites continued discussion and that welcomes friendship, but if "I am right" necessarily implies that there is some sense in which you are wrong, then it cannot but leave open the possibility of offense. "You are wrong" need not mean, "You are absolutely wrong." There may be a great deal of agreement, as Mormons suppose there is between ourselves and other religious people. But "I am right" cannot be said without running the risk of offense. That's the risk the Mormons run when we say that the LDS Church is true, that we are a chosen people.

Nevertheless, perhaps I can say something that will give the Mormon claim sufficient context to make it understood and, perhaps, therefore, to lessen the chance of offense. But I recognize that giving context to the claim to be chosen, to be the true church, also runs the risk of strengthening the offense. I hope I do not do that.

The phrase "chosen people" is not unambiguous in Mormon scripture. One need only recall the Zoramites in the Book of Mormon, who had it as a central tenet of their religion that they were the chosen people (Alma 31:28), but who were anything but Christians. Thinking you are chosen doesn't mean you are. Perhaps more important, even being chosen doesn't make a people superior to others, as the history of ancient Israel shows. It is unimaginable that one could read the Hebrew Bible and come to the conclusion that "chosen people" means "most righteous people" or "morally superior people." Given Israelite history and the example of the Zoramites, we must reject the idea that being chosen makes us superior to others.

Nevertheless, Mormons do claim to be a chosen people, using that term as Peter does. Addressing newly baptized members, he says, "Ye are a chosen generation, a royal priesthood, an holy nation, a peculiar people [i.e., a people belonging to God]" (1 Pet. 2:9). Mormons believe that this describes those who have been baptized into Mormonism: they have become part of a chosen people. But what do we mean by that?

Mass Effect: What the Movie Mass Says About Grief and Forgiveness
Paul Asay
4 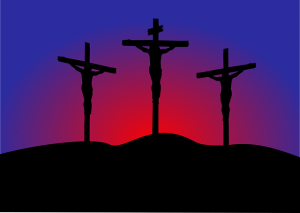