A Matter of Irreverence 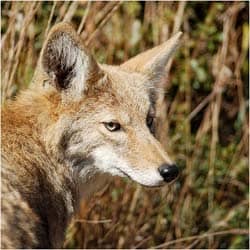 Once upon a time, a long time ago, I was a cute little witchlet armed with a copy of The Spiral Dance in one hand and The White Goddess in the other. I dove in, like you do, with exuberance. Reading Tarot! Casting spells! Trance journeys! Rituals! Meditations! Communing with trees! I did a self-dedication rite that I wrote myself! My awesomely shiny ear-wet witchiness was a sight to behold.

Possibly because I was kicking up such a fuss, a being started talking to me. She said I should call her Rowan.

"Are you THE GODDESS?" I asked.

"No, I'm something you can talk to," was the reply.

"Well, how come I don't get to talk to the real thing?" I wanted to know.

Suddenly, I was aware of the vast, cosmically profound black and starry depths of the Universe, and the intelligence that permeates it all, an intelligence so immense and complex that it is impossible to apprehend even how immense, complex, and profound it really is, only that the least touch from it overwhelms.

One could arguably describe this as a cautionary tale, yet a couple decades later I still count it as one of the most important and treasured spiritual experiences of my life. I got there by being a smartass . . . which is to say, by being myself.

One thing I know about Gods: You can't be fake with them. They will smack that nonsense right out of you. You have to be who you are, however you are, and any profound spiritual path will tend to make you more so. This is not the facile "what you want to make of it" approach to spirituality, but something far more ferocious. What happens when you gaze unblinkingly into the depths of your own soul, day after day?

In my case, funny stories. It is what it is.

There are precedents for this. Traditional witchcraft often has a rather different approach to the Gods anyway, at least in my little corner of the Craft; we see them as beloved peers, not our masters. They are bigger and smarter and more powerful than we are, but companions nonetheless. Not so much like the postman but sometimes, a bit like that friend you love who tends to blow into town and turn your life upside down and drag you on deeply uncomfortable adventures during which you learn a lot and turn up later with some great tales to tell. Actually, that's a pretty good description of my whole life, now that I think of it.

In the story of Persephone, one of travel between realms, loss, and transformation, Baubo made Demeter laugh by lifting up her skirt. From other cultures and religions, there's Hanuman, Eshu, the Laughing Buddha, and the archetypal Zen master who does crazy inexplicable things and sometimes whacks you on the head, after which you become enlightened. Then there's Coyote . . .

Coyote, as represented in the traditional stories of a number of the indigenous nations of the American Southwest, is lewd, rude, crude, flea-bitten, ridiculous, and socially unacceptable. He also, depending on the story, stole the sun and gave fire to humanity, or actually created the world in the first place, possibly as a practical joke. Or by accident. You never can tell with him.

He is a holy power, absolutely. He is to be respected. However, approaching him with too much in the way of solemn reverence is a good way to get pantsed.

It was Coyote gave fire to man—out of pity, yes, but also because he foresaw the possibility of arson. (Eldri Littlewolf, Faery priestess)

Pagans in general seem to have inherited, or never shook off, the essentially filial relationship that Western monotheisms have with their deity—a beneficent Father who will look after you, and who demands a certain kind of humble obeisance in return. This is, in my opinion, directly connected with a particular kind of investment in the social order, one with which the various forms of witchcraft generally (traditionally) have no truck. In some cases, that investment may be appropriate to a particular Pagan religion's tradition or history and not necessarily the influence of the dominant culture nor a holdover from the individual's upbringing. But it can blind people to the fact that there are other kinds of reverence; that some of us approach our deities with a different understanding of their nature in relationship to our own.

A witch, or a shaman, is an outsider by default: one foot in the world, one foot out of it. We cope with that in different ways, and one frequent denizen of the liminal—though hardly the only one—is the Trickster. Even seemingly respectable deities can have their tricksy, liminal, humorous, bawdy side. That too is holy power and sometimes it demands expression. When that happens, I don't argue. I take dictation.