But when the magistrate pressed him hard and said, "Swear the oath, and I will release you; revile the Christ," Polycarp said, "Eighty-six years have I been His servant, and He has done me no wrong. How then can I blaspheme my King who saved me?" (Martyrdom, 9:1-3)

Polycarp refuses the executioner's approach to nail him to the stake amidst the pyre being built at his feet, saying, "Leave me as I am; for He that has granted me to endure the fire will grant me also to remain at the pyre unmoved, even without the security which you seek from the nails."

At the stake Polycarp seizes the opportunity to pray aloud before all the spectators. His 86-year-old heart swells as he calls upon the true God.

"O Lord God Almighty . . . I bless You because You have granted me this day and hour, that I might receive a portion amongst the number of martyrs in the cup of Your Christ unto resurrection of eternal life . . .

"May I be received . . . in Your presence this day, as a rich and acceptable sacrifice, as You did prepare and reveal it beforehand, and have accomplished it, You that art the faithful and true God." (Martyrdom 14: 1-2)

God answers Polycarp's prayer in a most unusual way.

When he had offered up the Amen and finished his prayer, the firemen lighted the fire. And, a mighty flame flashing forth, we to whom it was given to see, saw a marvel, yea and we were preserved that we might relate to the rest what happened.

The fire, making the appearance of a vault, like the sail of a vessel filled by the wind, made a wall round about the body of the martyr; and it was there in the midst, not like flesh burning, but like a loaf in the oven or like gold and silver refined in a furnace. For we perceived such a fragrant smell, as if it were the wafted odor of frankincense or some other precious spice.

So at length the lawless men, seeing that his body could not be consumed by the fire, ordered an executioner to go up to him and stab him with a dagger. And when he had done this, there came forth [a dove and] a quantity of blood, so that it extinguished the fire; and all the multitude marveled that there should be so great a difference between the unbelievers and the elect. (Martyrdom, 15:1 - 16:1)

Imagine experiencing the satisfying aroma of bread baking in the oven when you should be observing a hideous death; imagine one man's life being consumed by the Eucharistic majesty even as he prepares to breathe his last.

Everything about Polycarp's life declared: "I am a Christian."

For years, scholars have written of the parallels between the suffering of Jesus' passion and the final hours of Polycarp's life: the prayer for the disciples, the final meal, the arrest, the interrogation, and the many people calling for his death. It is all of a piece in the will of God.

Tertullian, writing in the years following Polycarp's death, declared, "the blood of the martyrs is the seed of Christians.

" The death of martyrs did not put an end to Christianity as some opponents had hoped. It only served to fuel the faith of Christians for generations to come, whose sustenance and hope remains in the Eucharist to this day.

Thereby making St. Polycarp's memorial each year at Mass all the more sweet. 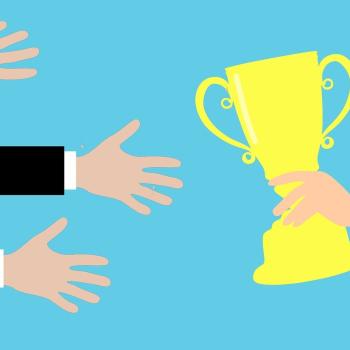 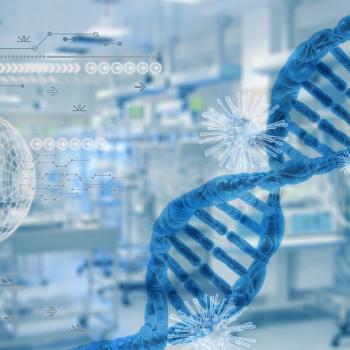