Talking in Church: Where's the Fire?

A recent morning became one of those frustrating days at Church. In truth, the Mass itself was beautifully reverent, and the small Parish of Saint Joseph's started off well. As people arrived for the daily Mass, they were welcomed with a recording of Gregorian chant, playing softly in the background.

This was the new pastor's doing. In order to increase the people's awareness that they are in the presence of the Lord, that they are entering a sacred space, he has supplied this solemn and lovely reminder. The recorded chant has been a simple and effective measure.

No sooner had the priest concluded the Mass and made his way out of the sanctuary and into the sacristy, then the place of prayer turn into the equivalent of a clamorous parish hall pancake breakfast. Small groups formed here and there; people pausing in the pews for some small chit-chat before starting their busy week. This happens on a regular basis, but this particular morning was the worst I have ever witnessed, and the noise became a challenge to those of us attempting to offer prayerful thanksgiving or intercession.

When this happens, I try to find that quiet inner-space to offer reparation for the lack of reverence. Usually, the talkers don't stay long, getting on with their rushed lives. But this morning, it was a never-ending beehive of noise.

It appears my frustration is shared by others. In the National Catholic Register, Pat Archbold writes something many of us would love to say, but never would: "For the Love of God, Shut Up!"

He makes the case for a "real active participation . . . fostered by silence, glorious and heavenly silence," recognizing that we can find other places and ways to be "community" for one another. He shares a remedy the new pastor of his parish asks of the people: "If the Church is not on fire, you should not be talking."

In reclaiming the sacred space, it is important -- for ourselves, our neighbors, and for God -- that we understand why silence is so important in a church setting, and try to practice it.

We collect ourselves in our Thanksgiving: Recollection. Silence after mass is a time of spiritual grace. St. Alphonsus Liguori said,

There is no prayer more agreeable to God, or more profitable to the soul, than that which is made during the thanksgiving after Communion. It is the opinion of many grave writers (Suarez, Cajetan, Valentia, De Lugo, and others), that the Holy Communion, so long as the sacramental species lasts, constantly produces greater and greater graces in the soul, provided the soul is then constant in disposing itself by new acts of virtue.

We assist our neighbor's prayers: Respect. What happened to recognizing that others might be praying and wanting to take advantage of this grace-time in silence before the Lord?

Help others grow in renewed awareness that until they exit the church they are still in the True Presence of Jesus. By simply saying, "Hey, let's talk outside . . . there are people praying before our Lord," you witness to your love of God and neighbor, and that small prompting will inspire others into this same consideration.

We praise God: Thanksgiving. What better time is there, than when Christ is closest to us in our Communion with the Blessed Sacrament, to give thanks for the many ways He has blessed us? St. Faustina Kowalska said that she received a private revelation from Jesus who told her:

My great delight is to unite myself with souls . . . When I come to a human heart in communion, my hands are filled with graces which I want to give to souls. But souls do not pay attention to me: they leave me to myself and busy themselves with other things. They do not recognize love. They treat me as a dead object.

There is no other time than thanksgiving after Mass when we can so easily enrich our soul with virtues, or so rapidly advance to a high degree of perfection.

Pope Benedict XVI, too, reminds us, "The precious time of thanksgiving after communion should not be neglected.

Let us ask the Lord to help us to desire to grow in union with Him, that we may be reminded of His desire to be with us. And, maybe the next time we receive Him in Communion, we might spend a few moments in silence, nurturing this union with our God. And then, just maybe, we may truly see our Church ‘on fire'. 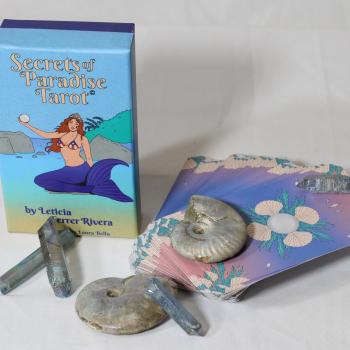 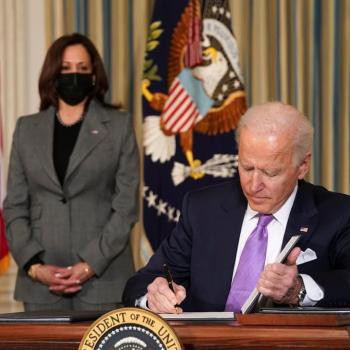 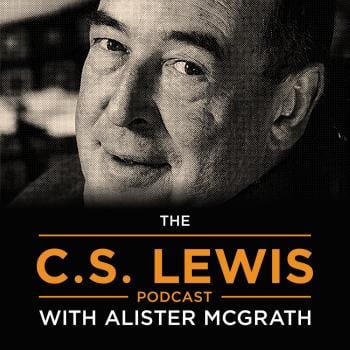 Love C.S. Lewis? You'll love our new podcast about him with Alister McGrath
Ruth Jackson
Get Patheos Newsletters
Get the latest from Patheos by signing up for our newsletters. Try our 3 most popular, or select from our huge collection of unique and thought-provoking newsletters.
From time to time you will also receive Special Offers from our partners that help us make this content free for you. You can opt out of these offers at any time.
see our full list of newsletters
Editor's picks See all columnists