Tiger Children on the Path of Dharma

I recently sent new parents a congratulatory message with the Rabindranath Tagore quote, "Every child comes with the message that God is not yet discouraged of humanity." New life brings hope, and also the challenges of parenting.

I first heard that they were expecting a new baby when the family held a seemantham—one of the common Hindu sacraments. This festive event, popular with people originating from southern India, is often combined with a typical baby shower here in the U.S. The young couple's journey—buying a new house and a move across country—brought me to recollect experiences during similar stages in my life. Perhaps the most important thing it did is remind me that more Hindu Americans are putting down roots in the U.S., and that they too will face many of the issues I do as a Hindu parent. They too are parents of a child who has to face down stereotypes and misconceptions about our faith and culture. Unlike our parents, who grew up in a country where the majority religion is the pluralistic Hindu faith, our parenting is shaped by being the "other," as part of a religious and ethnic minority.

My increased sensitivity to this otherness is that this baby arrived amidst the height of immigrant stereotyping inspired by Amy Chua's book, The Battle Hymn of the Tiger Mother. The Wall Street Journal article "Why Chinese Mothers are Superior" qualifies those of us of Indian origin to be part of the club as well—the ones who follow the "no sleepovers, no school plays, no TV" regimen, anyway. While the book's reviewers say there is a more balanced approach, Chua's article drew sharp contrasts between Western and Eastern parenting styles. It brought to mind many struggles from my childhood, trying to blend two cultures, searching for a way to "fit in."

The article and responses it generated had me examining what it means to raise a happy and motivated child. As Swami Dayananda Saraswati, a Hindu monk revered by many, said in his keynote address at a 2009 conference I attended, the best way to teach our youth is by example. So I reflected on the first examples of parenting I know, my first gurus: my parents. My father and mother are models of jnana and bhakti yoga—knowledge and devotion—respectively, and raised me to value the tradition and culture I come from as well as the one that I live in. My parents also taught me the importance of reading and education, as exemplified in the Sanksrit shloka or verse, known as a subhasita:

It cannot be stolen by thieves,
Nor can it be taken away by kings.
It cannot be divided among brothers.
It does not cause a load on your shoulders.
If spent . . . it indeed always keeps growing
The wealth of knowledge . . .
Is the most superior wealth of all!

Then I read, starting with an article on parenting from Hinduism Today that I had originally skimmed, where Dr. Jane Nelson's system of Positive Discipline was laid out. Hinduism Today founder Satguru Sivaya Subramuniyaswami felt that "children should be raised with encouragement, love, and respect rather than blame, shame, and pain," and found that this system was in line with Hindu concepts such as ahimsa—non-hurtfulness. I read fellow-Michigander Frances Wong's take on "Chinese parenting" who thinks "academic excellence and nurturing children's spirit need not be an either-or proposition" and is also troubled by the stereotypes the Chua article perpetuates.

But the article that brought me the balance I was seeking is the one I read to my kids: Ian Ayres' "The Economics of Tiger Parenting." This colleague of Chua's talks about "whether it is possible for parents to teach the skills of perseverance and conscientiousness.

" He chronicles the value of work ethic through a simple story about his daughter and how the family acquired a dog.

In our family room hangs a couplet from the Bhagavad Gita, chapter 2, verse 47: "Thy right is to work, but never to its fruits. Let not the fruits of action be your motive, nor let your attachment be to inaction." I hope that I—and the new parents—can teach our kids to follow the path of dharma, to find the balance between ambition and achievement, while learning to do things they didn't think they could do. 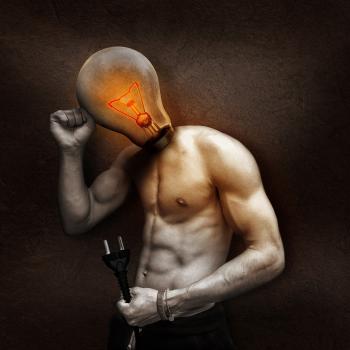 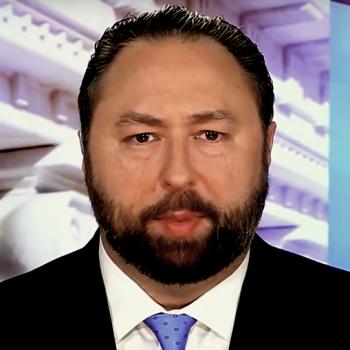 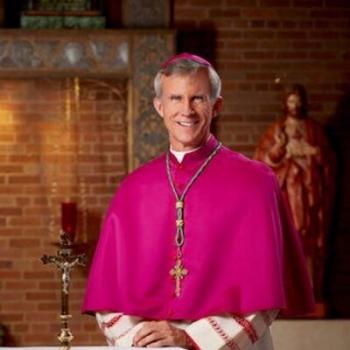 Why are penises so teensy-weensy in ancient religious art?
Rick Snedeker
Get Patheos Newsletters
Get the latest from Patheos by signing up for our newsletters. Try our 3 most popular, or select from our huge collection of unique and thought-provoking newsletters.
From time to time you will also receive Special Offers from our partners that help us make this content free for you. You can opt out of these offers at any time.
see our full list of newsletters
Editor's picks See all columnists