Why I Didn't Like Mobilizing Hope . . . and Why You Should Read It 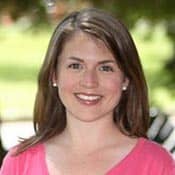 I used to get emails from an organization—I think it was called "Save Darfur"—and those emails arrived about once a week. For a time, I read them and did nothing in response to their content. Then I started deleting them without opening them at all. Then I unsubscribed from their email list.

Even with a cause that is closer to my heart—advocacy for individuals with Down syndrome—I tend to delete the "action alerts" that I receive from the National Down Syndrome Society. I have never called or written my congressional representative on behalf of individuals with disabilities, even though I write op-eds and blogposts regularly about the cultural, social, and theological significance of those individuals. I have never marched for a cause or attended a political rally. I tend to vote only in the years of presidential elections.

I do think Taylor sets out to do too much. Another blogger has described this book as "a primer, a handbook, an inspirational memoir and a framework for putting your faith into action." It is all of these things, and I found myself wanting one or two instead of all four. I would have preferred a memoir with some bullet points for action at the end.

With that said, Taylor's personal story—his upbringing in a bi-racial home, his involvement as a political activist from college to the current day, from the United States to South Africa, from churches to campuses to the White House—provides a rich tapestry of experiences that inform his analysis of social justice issues. He offers a deep theological perspective on social justice in the context of personal faith in Jesus, and he issues a bold challenge to all believers to get involved in political advocacy on behalf of those Jesus calls, "the least of these."

Although I can critique the structure of this book, the real reason I didn't "love" it is because it made me feel uncomfortable. I have become quite self-satisfied in my role as an advocate for "the least of these" who writes about disabilities. But Taylor urges people like me to recognize not only our potential to make an individual contribution to a cause but, moreover, our ability to engage in a community committed to social change.

And so, I recommend this book to anyone who is not involved in political activity on behalf of others. And I warn you that it may very well make you squirm.

I'm not planning to sign up for the Save Darfur emails again. But I do have two goals for myself in response to Mobilizing Hope. The first is a very simple intention to participate in the local democratic process by casting my vote every November. (Of course, that simple act implies that I will also take the time to become informed about the candidates and their positions before I step into the voting booth.) The second is a plan to respond with action to the advocacy efforts I am aware of on behalf of individuals with disabilities. These are small steps, and yet they are steps away from individualism and cynicism and toward a greater engagement in civic life. And, I hope, they are steps toward greater participation in the kingdom of God.