Thérèse Martin was a Carmelite nun who entered the convent early, never left it, wrote an autobiography at her sister's request, and died of tuberculosis at 24.

Canonized less than thirty years after her death, Thérèse's only book, The Story of a Soul, was enough to get her named a saint, and more recently a Doctor of the Church. Thérèse is the youngest person to be so named and only the third woman to receive this honor.

This all is quite praiseworthy. What is it, then, about this saint that divides Catholics sharply into two camps: those who love her unreservedly and those who are pointedly indifferent when her name is mentioned?

In a nutshell, it is Thérèse's own words that lead many to distastefully associate her with saccharin piety. Her autobiography was written as a young girl to her sister in the flowery, sentimental French style of the late 19th century. Older translations, if anything, heighten the over-wrought style. The other problem is the subject matter: early childhood devotion to Jesus, testimony about her relationship with Jesus, and Thérèse's struggles in the convent to do small things for Christ. Even talented writers might struggle to communicate these concepts well, much less a young woman with limited writing experience.

I read The Story of a Soul long ago because I was urged to do so by many devotees of "The Little Flower," as she is called. Wishing to politely turn off those suggestions, I read the book as fast as possible. Naturally, I got little from it.

The key, as I discovered recently, is not only to read St. Thérèse with attention, but to have a translation that cuts through her "treacle." Robert Edmonson's new translation from Paraclete Press does precisely that. Thérèse's trademark piety, sincerity, and liveliness cannot be denied, but this translation makes it easier to see beneath her superficial-seeming surface to the complex person underneath. She emerges as tough, uncompromising, and heroic with a strong core of common sense.

The second experience that I had concerns the priests. Never having lived close to them, I couldn't understand the principal goal of the Carmelite reform [to pray for priests]. To pray for sinners delighted me, but to pray for the souls of priests, whom I thought of as purer than crystal, seemed astonishing to me. . . .

For a month I lived with many holy priests, and I saw that if their sublime dignity raises them above the Angels, they are nonetheless weak and fragile men . . . . If holy priests whom Jesus calls in the Gospel "the salt of the earth" show in their behavior that they have an extreme need of prayers, what can one say about the ones who are lukewarm? Didn't Jesus add, "But if the salt loses its saltiness, how can it be made salty again?" [Mt. 5:13]

Her observation sadly resonates all too well with the modern reader. The 15-year-old Thérèse is revealed as someone who faces the truth and applies the only action she can take, which is prayer.

Thérèse also reveals her extreme struggles to love her neighbors in the convent, often accompanied by a lively sense of the ridiculous. There is the example of her determination to assist an elderly Sister down a long hallway after dinner, which begins with the aged woman shaking her hourglass at Thérèse to get her attention. This contains so much truth, conveyed with such good humor, that we can see the Sister's personality exactly because we know people just like her. Thérèse is never afraid to laugh at herself either.

. . . I've made a sort of speech about charity that must have tired you out reading it. Forgive me, beloved Mother, and remember that right now the nurses are practicing on my behalf what I've just written. They're not afraid to go two miles when twenty steps would suffice. So I've been able to observe charity in action! . . . 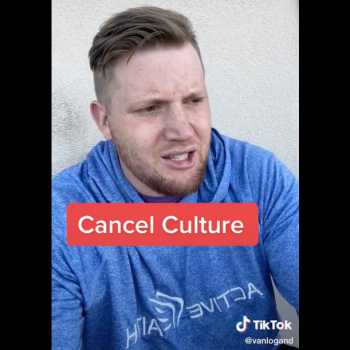 The Christian Who Harassed Women on the Beach is Rapping About "Cancel...
Hemant Mehta
2 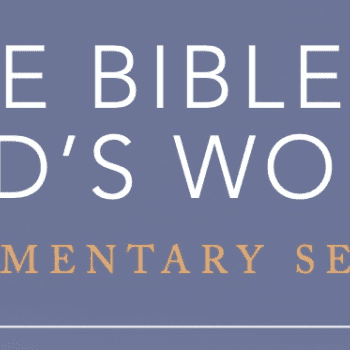