Can the New Translation be Transcendent? 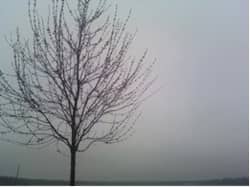 Some years ago the critic George Steiner published a provocative book called Real Presences. As far as I know, Steiner wasn't a believer, but his book was a respectful look at something he considered a serious problem: the loss of the sacramental sense in Western culture. It can be read as a kind of appendix to Charles Taylor's later, magisterial A Secular Age, which reflects on the secularization process as a whole.

If Steiner was right—and I believe he was—this loss of sacramentality is the fundamental challenge facing both liturgy and poetry today.

"I can see far though I never use eyes,/The sight that I see with is not your affair . . ." These lines from a recent poem by a friend of mine, Pavel Chichikov (that's a pen name, of course), express an understandable exasperation. Like poets generally, this one knows all too well that the special "sight" with which he views the world isn't widely shared any more. It's the sacramental sense, and it's largely been lost.

I was reminded of these things while reading a new Chichikov volume, From Here to Babylon (Grey Owl Press). The poems are informed by a special sensibility—in this case, one with a deeply religious coloration—that goes beyond surfaces to the numinous dimension of reality. In modern times, poets like Gerard Manley Hopkins and Emily Dickinson have possessed this quality to an eminent degree. So does Chichikov. As in this, on a tree in winter:

On the stricken tree I saw the Christ
Leaning toward the current of the river;
Underneath the foolish soldiers diced
To win a spotless garment without seams—
They gambled with the little ivory flowers
That grew along the margin of the stream.

This is how poets see things. And it's a way of seeing that is largely unappreciated now. Liturgy presents a similar case, a sacramental action requiring a knack for seeing in a certain way that few people today possess.

This may be why the liturgical reform envisaged by Vatican II hasn't succeeded as well as hoped. Yes, liturgical abuses that cropped up here and there back in the 1970s did have something to do with it, but, offensive as the abuses were, the problem goes beyond a few clown Masses and readings from The Prophet.

At bottom, liturgical reform didn't work so well because "active participation" in liturgy was widely taken to mean staying busy—reciting words, singing songs, shaking hands, doing this and that—instead of seeing with eyes of faith that which liturgy makes sacramentally present.

Now we're preparing for the introduction, shortly before next Christmas, of yet another English translation of the Mass. Critics of the new translation say they prefer the version now in use—pedestrian, flat, not much removed from everyday speech. The new English version may or may not touch transcendence (we'll find out soon enough), but it tries.

The big question may be how many people today are equipped to recognize success even if it succeeds.

In his new document on Sacred Scripture, Verbum Domini, Pope Benedict XVI speaks of the Church's need for the witness of contemplatives in a world "excessively caught up in outward activities." Is contemplation the key to an authentic renewal of liturgy? Perhaps. If so, poetry, which looks beyond surfaces and seeks to share what it sees, has a role to play.

We need poets like Pavel Chichikov for their own sakes and also to point the way in the great project of restoring the sacramental sense.