The Death of the Critic 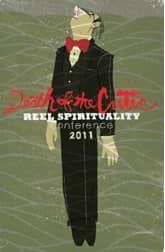 Growing up, I loved Siskel & Ebert & The Movies, because unlike the entertainment reporters and talk-show hosts that aired earlier in the day, Siskel and Ebert talked about films. They weren't concerned with gossip or awards or politics. They focused on movies, pure and simple. They argued a film's merits and deficiencies. They praised good stories and lambasted bad ones. They knew what they liked and didn't like, and they had the ability to explain why. From Siskel and Ebert, I began to learn the language of film criticism, but more than that, I began to learn how to better love films.

Gene Siskel and Roger Ebert were true film critics because they truly loved films. They were equally enthusiastic in their degradation of poor films as they were in their praise of good ones. For Siskel and Ebert, "thumbs up" or "thumbs down" was more a moral judgment than a measure of technical proficiency. They judged more from the heart than the head, because their criticism was rooted in love and not in passionless intellectualism.

On the other hand, the unpopularity of professional criticism is becoming a bit of a theme in our society. Some blame (or credit) the internet with the further democratization of opinion. I think our technology does indeed shape us, but I also believe we shape our technology. Perhaps the shift in preference from professional film criticism to 140-character reviews and communal ratings on IMDB and Rotten Tomatoes is reflective of a broader shift away from regard for the institution and to a higher regard for the individual. In any case, individuals in our society seem to be hungrier than ever for media, and they seem to want good media. They also seem to want to determine for themselves what "good" means.

This shift isn't unique to popular culture, of course. It is finding its way into our government as President Obama interacts with the nation via Youtube. It's being expressed in work places as a new generation of workers wants to be more engaged with the inner workings of their employers. And, of course, the fact that it has found its way into the church as an increasingly individualistic culture is remixing its own faith practices and demanding to be involved in the formation of communal worship.

This year, Reel Spirituality is proud to host the 2011 Reel Spirituality Conference: The Death of the Critic? on April 2 on the campus of Fuller Theological Seminary. Panelists such as NPR's Elvis Mitchell, blogger and author Jeffrey Overstreet, producer Ralph Winter, USA Today's Claudia Puig, and more, will join to explore this issue. More info can be found here, and we'd love for you to join.