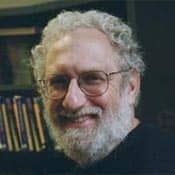 Roger S. Gottlieb is professor of philosophy at Worcester Polytechnic Institute and the author or editor of sixteen books and more than 100 articles on environmentalism, religious life, contemporary spirituality, political philosophy, ethics, the Holocaust, feminism, and disability. He is internationally known for his work as a leading analyst and exponent of religious environmentalism, for his passionate and moving account of spirituality in an age of environmental crisis, and for his innovative and humane description of the role of religion in a democratic society. He is editor of six academic book series, on the editorial boards of several journals, and contributing editor to Tikkun Magazine.

Currently in the Patheos Book Club, we're discussing Gottlieb's new book, Engaging Voices: Tales of Morality and Meaning in an Age of Global Warming.  Here, he answers some questions about his new book including why he chose the genre of fiction for this subject matter, why religious people should care about environmental issues, and how people learn to listen to each other even when they totally disagree.

You're a professor of philosophy who has written books on religion, politics, spirituality, and the environment. Why did you write a book of short stories?

I wanted to do two things: explore our collective response to environmental problems, and see if I could shed some light on why it is so hard for us to talk reasonably and openly to people who disagree with us.

Yet too often religious or philosophical books are written as if ideas are disembodied, simply hanging around in space waiting to be evaluated as true or false, rational or nutty. In real life every idea is believed in by a real person—someone with fears, hopes, hurts, and a personal history. In fiction we can see why this person loves nature, or that one is suspicious of environmentalists, or this one believes he's doing the right thing when he paves over the wetland to build a mall. And we can see how people change their ideas by listening to others, admitting to themselves (even if not to others) that they have doubts and confusions, and understanding the human reality behind people on the "other side." In stories we can also sense people's grief and despair—and how we might, just might, heal our own pain.

And there is the question of how we can talk to and learn from each other, even when our disagreements are so intense, when other people seem so crazy to believe what they believe. This is not just an intellectual problem, but a personal and spiritual one. To show how this works, you need characters, not just abstractions like 'tolerance' or 'civility.'

Why should religious people care about environmental issues?

Because they have bodies, because they don't want their children to die from pollution, because they love the earth, because (for Jews, Christians, and Muslims) the earth is a gift from a loving God who instructs people of faith to care for it, because you can't love your neighbor or live non-violently or not cause suffering if your way of life is poisoning the water and air and changing the climate.

Because polluting the earth and extinguishing other life forms violate the basic moral teachings of virtually all the world's religions—and religious leaders from the Pope to the National Council of Churches to the Evangelical Environmental Network to respected Jewish, Islamic and Buddhist teachers are all telling us this.

Is this a spiritual book?

I believe it is. I think to face the fear we have of other people's ideas—a fear rooted in the severity of the problems in our world and the scary fact that none of us really have a sure—fire method of solving them—we need what I call a "spiritual" support. This might be trust in God, or Goddess, or the miracle of life, or our own desire to live more compassionately. We need to trust in something, feel held by something, if only our own seeking of emotional maturity and kindness.

And this is something I personally need as much or more than other people. Look, I'm so far to the left I fall off the planet every once in a while—but I'm trying to get to a point where I can hold all the political, moral, religious and spiritual views I have, but hold them lightly and graciously—so that I can learn from others, or at least understand and respect them.

It's not that I want people to give up their religion, morality and politics, but I do want them to be honest about their limitations, their confusions, and the fact that every movement and group—from scientists to capitalists to socialists to religious people—has done some terrible things and has only a partial answer to the problems we face. I'd like to see us have the honesty and humility to open ourselves up to each other.