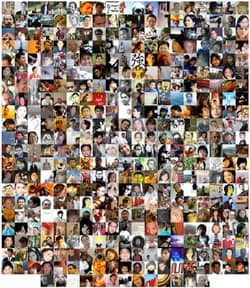 In recent weeks, Facebook and other social media have clearly demonstrated their capacity to do far more than just allow us to keep in touch with our family and friends. They have proven to be powerful organizing tools, capable of assisting in the creation of broad international movements for social change.

Social media have proven to be particularly powerful tools in countries in which basic democratic rights, such as a free press and the right to assembly, are severely restricted. At the same time, Facebook and YouTube are increasingly rendering international borders as meaningless. Western media coverage of the recent popular uprising in Egypt consistently emphasized the catalytic role of Facebook in galvanizing youth and young adults to take action against an entrenched regime that had long been viewed as impenetrable. In the days after Mubarak's departure, both the New York Times and The Los Angeles Times published lead stories describing the role of certain Facebook pages in not only serving as a call to action, but as a space in which emerging activists in Tunisia and Egypt were able to share lessons with each other. These young activists had not only managed to evade the reach of both nations' security police, they had also sidelined older opposition parties such as the Muslim Brotherhood in Egypt.

One of the most moving stories to emerge out of the Egyptian uprising is the role of the Facebook page called, We are all Khaled Said, named in memory of a young Egyptian who was beaten to death by the police. Set up by Wael Ghonim, a Google executive working in the Middle East, the Facebook site has been filled with newspaper articles and video clips of Egyptian police violence. As the fight against repressive dictatorships spread to Libya, followers began posting video and news articles of the mass killings of civilian protesters carried out by Gaddafi and his mercenaries. On February 23, someone had posted a very graphic YouTube video showing several rows of dead Libyan soldiers who were shot after refusing to fire on their own people. Whoever posted the videos enabled the world to look directly at Libyans as they are burying their dead. The page's 93,982 friends who watched these amateur videos gained an immediate sense of the brutality and loss of human life occurring in a country that is largely closed to international journalists.

Through Facebook, we are not only engaging with the faces of our family and friends; we can now connect to complete strangers whose faces simultaneously evoke empathy and anger at the unnecessary suffering they are experiencing. Social media are effectively humanizing conflicts that in the past would have largely remained hidden from international audiences. Rather than being dependent on international journalists or western aid workers, Facebook now allows ordinary people across the globe who have internet access to share their own narratives. It effectively enables the global community to look into the faces of the other, which according to the Jewish philosopher, Emmanuel Levinas, is the grounding of any authentic commitment to universal human rights. For Levinas, our encounter with the other's face is the point at which God breaks into the worldly situation. Seeing her face creates bonds of solidarity that become the foundation of a commitment to universal human rights. Levinas' understanding of other is analogous to the biblical depiction of the other in the form of the "widow, orphan, and stranger."

The ability to easily transmit stories and photos of events occurring halfway around the world has already contributed to an unprecedented awareness in the West of genocides occurring in distant regions of the world. Since 2003 there has been an active global response to genocide in Darfur even though the Sudanese government has largely prevented any outsiders from visiting the region. Activists who are seeking an end to the genocide in Darfur attribute their success in making this an international cause to the ease with which video footage of the destruction of whole villages can now be transmitted around the world. In contrast, the failure to respond to the earlier 1994 Rwandan genocide is partly blamed on the paucity of live video footage of that slaughter as it was occurring. Without being able to see images of actual human beings, it is difficult to generate empathy for even a massive loss of life when it occurs among people who are very different from ourselves.

The widespread use of Facebook that has allowed relatively open access to online global communities is effectively creating new non-hierarchical forms of organizing. Local activists now have the capacity to organize events in conjunction with a broader call to action, without a great deal of involvement from a singular leadership body. Activists in different cities and countries can now share strategies and lessons without having to run them through traditional top down organizational structures that characterized the traditional pre-Facebook era of organizing. This opens up new spaces for increased local initiative and creativity in which activists can learn from each other without information having to first flow through a national or international structure.