Having Versus Giving and the Wealth of Love

Give generously to them and do so without a grudging heart; then because of this the LORD your God will bless you in all your work and in everything you put your hand to. ~ Deuteronomy 15:10

If you had a zillion dollars, a royal title, a castle in the French countryside, and a townhouse in Paris, would you chuck it all to serve the poor in a religious order left in tatters by the French Revolution? There was such a person! And she would make a wonderful patroness for your ministry in catechesis and a great inspiration for beginning the spiritual journey of Lent.

"You are about to meet Adele Louise Marie de Mandat-Grancey, a noble French lass, who is on the brink of breaking into Church history." So begins the preface, by Father Carl E. Schulte, C.M., to a booklet (by Lorraine Fusaro) on the life of Sister Marie de Mandat-Grancey, a 19th-century Daughter of Charity whose cause for beatification was officially opened by Bishop Robert Finn on January 21st of this year, in the Kansas City-St. Joseph Diocese of Missouri.

An extremely creative catechist who adored children and used theater, art, and music to teach the Faith, Sister Marie was also an accomplished nurse, and a humble but passionate evangelist with a deep love of Our Lady. She spent almost all of her vast fortune helping the poor. In fact, by the time she launched an expedition to locate the House of Mary, the final home of the Blessed Mother in Ephesus, she had to journey back to France from Turkey to request the balance of funds needed from her noble family.

Now a place of pilgrimage, Mary's House has been visited and affirmed as the final home—and site of the Assumption—of Our Lady by many popes, including Pope John Paul II and Pope Benedict XVI.

The complete story (pdf) of Sister Marie and the founding of Mary's House is truly remarkable, but I'd like to highlight two fascinating points:

First, the house was discovered by Sister Marie's expedition of priests and local Turkish guides by following the recorded visions of Blessed Anna Katharina Emmerick, an illiterate 18th-century German girl who became an Augustinian nun and later bore the marks of the stigmata. During Blessed Anna Katharina's visions, she was able to describe in great detail the hidden lives of Jesus and Mary with perfect historical and cultural accuracy, despite never having traveled outside her province, and speaking only German.

And second, because of Muhammad's respect for the Blessed Virgin, the overwhelming majority of the two million annual visitors to Mary's House are Muslims. It is believed that Sister Marie's "mission" on earth is to bring peace to the world by uniting Christians and Muslims in the Immaculate Heart.

I hope you'll stop by the official site for Sister Marie's cause. There is a full-length book in the works, entitled Doorway to The Virgin: Mary's House in Ephesus in the Life of Sr. Marie de Mandat-Grancey, which TAN expects to print by Easter; a film (Servant of God, Sister Marie de Mandat-Grancey and the Virgin Mary's House, Ephesus); and a great many testimonies being gathered from those who believe their prayers have been swiftly and powerfully answered through her intercession.

Now that her cause is officially open, it's a perfect time to befriend this remarkable and incredibly loving catechist who could have "had it all," but preferred to give it all.

Here is her prayer:

We thank God for giving us the privilege of Sister Marie de Mandat-Grancey. Through her great generosity she acquired the property at Ephesus, the home of Mary and St. John the Evangelist. We ask God and Sister Marie to continue to bless the cornerstone given to her. Around this cornerstone we will build our faith and the powers of darkness will not prevail. We pray for God's will to be completely fulfilled through the intercession of Sister Marie. Amen.

Here's the Spanish-language announcement of the opening of her cause, and some additional video clips of Sister Marie's life.

A blessed and fruitful Lent to you and yours! 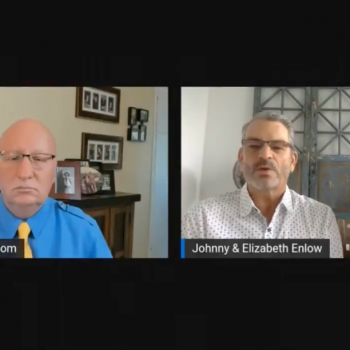 Conspiracist: God Doesn't Want to Give Away His "Strategy" About Trump's...
Beth Stoneburner
2 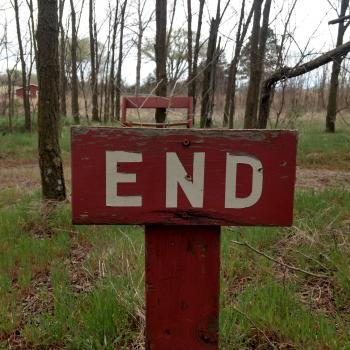 Talking to Gods
Thorn Mooney
Get Patheos Newsletters
Get the latest from Patheos by signing up for our newsletters. Try our 3 most popular, or select from our huge collection of unique and thought-provoking newsletters.
From time to time you will also receive Special Offers from our partners that help us make this content free for you. You can opt out of these offers at any time.
see our full list of newsletters
Editor's picks See all columnists