Home to the Longing God 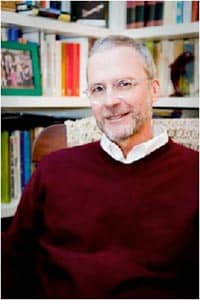 I could feel the butterfly wings brushing against my ribs. A renowned professor at Harvard Law School, Bill Stuntz, had scheduled me in between chemo sessions, and it would be my first face-to-face interview. Mutual friends had told me for years that I should meet him, and described him with the kind of overflowing admiration normally reserved for saints. So, on a bitterly cold morning in late January of 2010, I ran to a Microcenter by the Charles River and purchased a Snowball microphone for my laptop. I assumed, idiotically, that it would be plug-and-play. But when I entered Professor Stuntz's office, I couldn't figure it out. I fumbled around with the microphone and tried to find the right software—it hardly looked professional.

Bill, as no one who knows him will be surprised to hear, was patient and deeply gracious, and eventually we began to discuss the hardships in his life while I typed out his earnest, elegant, carefully-wrought sentences. The reason our friends had wanted us to meet was because Bill and I both suffered from chronic spinal pain. I broke my neck in a gymnastics accident (I tell the story here and here) and Bill injured his back while changing a car tire. By the time we met, he had been living with severe and constant pain for over ten years, an agony he likened to having a blaring alarm clock strapped to his ear with no power to lower the volume.

He had also been diagnosed with cancer. Doctors found a large tumor in 2008, and soon learned it had metastasized and spread to his organs. He was told that he would die within two years. And shortly after midnight yesterday morning, he passed away at the age of 52.

Bill was an exceptionally gifted scholar, and widely viewed as the leading expert in the country on criminal procedure. He taught for fourteen years at the University of Virginia Law School, and for nearly eleven years at Harvard, where he won the Sacks-Freund Teaching Award and was named the Henry J. Friendly Professor of Law. His students and colleagues thought it appropriate that he was "the Friendly professor," and a conference was held in his honor in March of 2010. Bill co-authored an influential textbook, wrote three dozen law review articles and essays on criminal law, and published opinion pieces everywhere from The New York Times to The Weekly Standard to First Things to Christianity Today. (See more here.)

Although his views were generally conservative, Bill did not follow an ideological map so much as he followed a keen moral compass. He worried about big-government solutions, strongly supported law enforcement, and supported the Bush surge. In the wake of the Enron and WorldCom scandals, he suggested that the attempt to "legislate corporate honesty" through new regulations might make matters worse and not better. More recently, he recommended that Obama pursue a Lincolnian and not Rooseveltian course, advancing policies that seek "to confer opportunities" to the American people and "not to solve problems" for them. Yet Harvard University Press will publish, later this year, Bill's observations on the extensive racial disparities that afflict American criminal justice processes—he suggested constitutional reform to bring an end to "overcriminalization," "overpunishment," and "discriminatory policing and prosecution" we see today—and he wrote frequently on the proper place and importance of faith, emotion, and mercy in the penal system.