It Happens: God and the Disaster in Japan

I, like many of you, spent last Friday in a state of shock, staring at the seemingly endless stream of images portraying the horrible effects of the earthquake and tsunami in Japan. I was reminded, of course, of the similar devastation that occurred in Haiti in January 2010.

Then, like now, many question the role of God in such natural disasters. This time, from what I can tell, those who typically claim that God causes these kinds of catastrophes as punishment—I'm looking at you, Pat Robertson—have been markedly silent, with at least one notable exception. Glenn Beck said on his radio show on Monday that while he was not saying that God is "causing earthquakes," he was "not not saying that either." He continued, "There's a message being sent. And that is, 'Hey, you know that stuff we're doing? Not really working out real well. Maybe we should stop doing some of it.'"

Last January, after the Haiti quake, literary critic James Wood wrote an essay in the New York Times that attempted to explain this phenomenon of assigning natural disasters to God's judgment. The op-ed explored two ways that the earthquake in Haiti had been attributed to God and offered a bit of historical perspective on the genre of preaching he refers to as the "earthquake sermon."

In the span of two paragraphs, we travel with Wood through London and Lisbon, hear the voices of Leibniz, Voltaire, and even John Wesley before landing on our very own "earthquake-sermonizer," Pat Robertson. Wood's essay comes to the conclusion that "either God is punitive and interventionist, or as capricious as nature and so absent as to be effectively non-existent." That is, you can either be in the Robertson/Beck camp, or you must side with the New Atheists.

But there is, of course, a third option (and probably other options beyond). Although its expression in contemporary parlance is rather crude, it may be more theologically sound than either of the above: simply put, and with an artful concealment in case your children are reading over your shoulder, "__it happens."

Now, before you call me insensitive and write a letter to the editor, hear me out. I do not mean that this is how we should respond to the victims of the tsunami or any natural disaster. Of course it would be neither loving nor helpful to tell a person who has lost everything that "__it happens." That is not what I mean at all.

What I do really mean is: "Shift happens." The tectonic plates that make up the earth's surface periodically shift. When plates shift, water is displaced. Displaced water has to go somewhere, and thus waves with massive destructive power are formed. This is physics, not divine judgment. Could God have prevented this tragedy? I believe he is powerful enough to do so, but he did not—and I have long ago acknowledged that I cannot comprehend the mind of God.

But I believe God is sovereign. It is a great mystery that perplexes everyone from children in Sunday school to the most learned theologians; God gives us free will and yet knows what will happen. God created the world, gave it laws of nature, set it in motion, and knows how it will end.

Although there are certainly Old Testament stories about God using natural disasters as a means of carrying out his will on earth, Jesus addresses the question of whether disasters happen to certain people because their sins are worse than those of others (Lk. 13:4-5). A tower had fallen and killed eighteen people. Jesus addresses the situation explicitly. "Do you think they were more guilty than all the others living in Jerusalem? I tell you, no! But unless you repent, you too will all perish."

Jesus effectively says, in more biblical language, "__it happens." But, of course, he doesn't stop there. Jesus turns the tragedy into an opportunity to teach, to point to the brokenness and vulnerability of all people, and to indicate (as he does several times throughout the gospel) that no one is better or worse than anyone else. We are all sinners, equally bound to sickness and death, and in need of his saving power.

Human nature seems to trend always toward the extremes. Either God causes earthquakes and therefore is malicious, or God doesn't exist. Many of us, however, live out our lives in the middle. Grasping at the mystery, we are constantly trying to illuminate the dark glass through which we now see. The hope that arises from a disaster like the tsunami in Japan is founded in a belief that although we cannot always understand God, we believe nevertheless that God is good. We are not left to the extremes of an evil God or a non-existent God. We are content to know that God is better, smarter, and more loving than us and, ultimately—somehow—in control.

The real danger of making claims about God's intentions, as Robertson did last year regarding Haiti, and as Beck has done in reference to Japan, is that those who make such claims must assume that their judgments, the things they dislike about the world, are aligned with God's judgments. In the end, assigning natural disasters to God's will says more about how Robertson or Beck might deal with those they condemn than it tells us about the mind of God.

This piece is adapted from a blog post that appeared at Patrolmag.com on January 25, 2010. 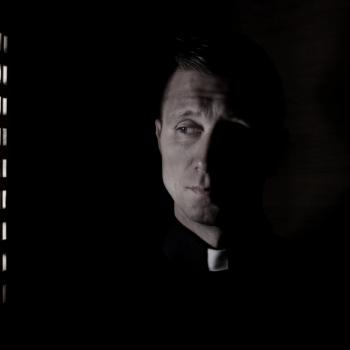 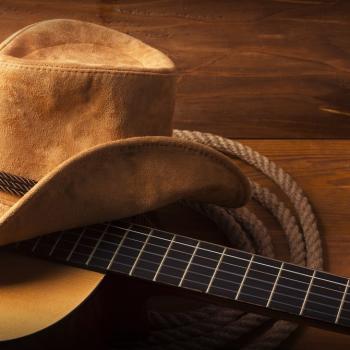 Country Music--All of it
Coyle Neal
4

Is the Eucharist historical?
Jonathan MS Pearce
Get Patheos Newsletters
Get the latest from Patheos by signing up for our newsletters. Try our 3 most popular, or select from our huge collection of unique and thought-provoking newsletters.
From time to time you will also receive Special Offers from our partners that help us make this content free for you. You can opt out of these offers at any time.
see our full list of newsletters
Editor's picks See all columnists