Lesson Eleven: The Truth Is There Is No Truth

Snort, I rely on you to get these slime worms in line. Instead, I arrive a few minutes late, not only to find that you have not provided my cup of lava as I asked, but these lazy nematodes are slouching around squelching and oozing in a most disgusting manner. If you can't be a bit sharper as my class monitor and wield the fork and prod with a bit of finesse you'll soon end up down in the training chambers like Glimwort, and I'll find another right hand man.

Now then, flukes and worms, come to order. I'm going to stretch those poor brains of yours with a touch of philosophy again this week. I know it is a yawn for you, but if you don't do the foundations you'll never understand the filigree. What I mean to say is that you can't understand the basics you'll never get the fine points.

What we're talking about is education. That's right—the world of the university, the college, the halls of learning. You may think our great successes are in the brothels, the beer halls, and the betting shops, but all of that success is squalid and sordid compared to the triumphs we have achieved in the exalted heights of academe, the quads and squares of Oxbridge, and the ivory towers of the ivy league.

Squirmworms, the fact of the matter is, we have won control of their halls of higher education, and with this everything else in their popular culture has tumbled like dominoes. We have ensured that their newspapers and magazines and mass media are controlled by graduates from the 'best' universities. It doesn't matter what subject they studied, we have made sure that the underlying philosophy for all of it is exactly what we want. It all comes down to the little concept of 'Relativism.'

Come along, you nematodic nincompoops. Wakey-wakey! That's right, if I write it on the board you write it in your notebooks. That means it's an important word. I'll repeat it for the sake of those miniscule organs you call brains: the word is Relativism.

This simply means that there is no such thing as 'Truth.' The idea that there is such a thing as 'Truth' is one of the enemy's most insidious and successful lies. Over the years what we have done is to nibble away at the concept of 'Truth' until it now lies in tatters. This is how it works: we attack the concept of 'Truth' from every angle. We do this through a multitude of philosophic sub categories, which we will consider in the next lecture. The overarching plan is that we show 'Truth' to be a fallacious category within every subject, discipline, and art form. 'Truth'—that odious fabrication—is shown to be ridiculous.

The way to do this is first through ethics and then academics. The easiest way to show your client that there is no such thing as 'Truth' is within the realm of morals. As a child he will have been taught that there is such a thing as 'right' and 'wrong.' In college it is the easiest thing in the world to get him to see that such concepts are infantile. This is done by first presenting him with 'hard cases' and then getting him to do something that he thought was 'wrong' for a good reason. Once he has compromised his own morals and justified it he will soon be ready to see everything else as being equally 'relative.'

Let me give you an example. I had a client who was a good Catholic boy. He had been taught that abortion was always wrong. One of our professors gave him a difficult case: "What if," he said, "a poor woman with seven children was told by the doctor that if she became pregnant again she would die, and then she did indeed, get pregnant? The early abortion would save her life and her seven existing children would still have a mother and her husband would still have a wife to help the family in poverty. Wouldn't it be better," suggested the professor, "for her to have an abortion?" My client didn't have an answer. He soon began to see how morals are really relative to the situation. It was only a small jump for him a week or two later to justify the abortion his own girlfriend needed.

The boy's fall into a delicious crime was certainly pleasant enough, and when he went on to be a professor of philosophy it was more pleasing still. I must say it is only one of my triumphs in many eons of tempting. It was even more pleasing when he shared the truths of relativism with generations of freshmen in his 'Foundations of Learning' seminar. That he imparted the truth that everything is relative to literally thousands of students meant he was doing our work for us far more effectively than we could do ourselves.

Who Was the Historical John the Baptist? Freedman Lecture Panel Presentation...
James McGrath
2 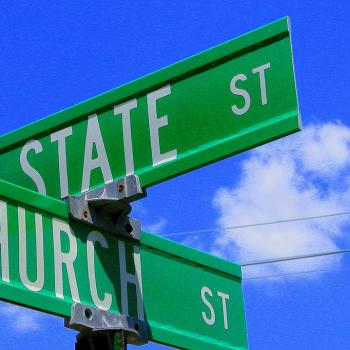 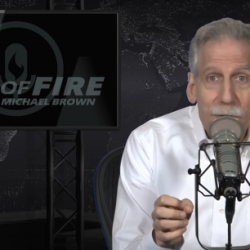 Conservative Writer Admits Christians Are "Better Known for Our Hate"
Beth Stoneburner
Get Patheos Newsletters
Get the latest from Patheos by signing up for our newsletters. Try our 3 most popular, or select from our huge collection of unique and thought-provoking newsletters.
From time to time you will also receive Special Offers from our partners that help us make this content free for you. You can opt out of these offers at any time.
see our full list of newsletters
Editor's picks See all columnists