Worms, Slugs, Flukes—all of you come to order. I see from the attendance that Glimwort has transferred over to Advanced Banking and Fraud with Professor Gecko. I wish him success, but I doubt if the cowardly worm is good for anything more than tempting teens to play more video games.

Today my dear nematodes, we are discussing pornography. In the last session I tried to impress upon you the need to keep hammering home to the hairless bipeds the truth that sex is simply a fun party game. Today, I would like to take this theme a bit further. You may remember in our session on sports that I said you should move them from actually playing the game to watching the game. The same applies to sex.

The danger with these brutes with souls is that when they are playing around with sex as a party game they might actually fall in love. The enemy is always at work. Even when we think a patient is going down the right track and living a flawless life of continual one-night stands, you find that suddenly he really falls for the girl or she really falls for the boy and before you know it they're talking about marriage and cute, cuddly little babies and both of them have descended into the most frightening and disgusting displays of sentimentality and excess.

This is why pornography, while infinitely more boring, can be much more successful for our aims. Better to get your man to spend hours looking at others doing the sexual act than actually doing it himself. The good thing about this is that he will excuse his addiction because he has not been 'doing the real thing.' You may be somewhat disappointed that you can't get him out clubbing and sleeping around every weekend, but in the end the pornography addiction will be far more long-lasting, and its results far more dependable and satisfactory. You will have your man's mind and imagination, and thereby will better-control his will. Having control of his heart and other lower regions of his anatomy may be more exciting, but the results are unpredictable and often very displeasing. On the other hand, getting him addicted to pornography leads him away, not toward a real relationship, love, and marriage; that leads to some very satisfying results.

I don't have too much to say about pornography, slugs, except to point out with some pleasure, that we have most assuredly won this battle. The pornography industry in the United States, for example, has a higher gross income than many developing countries. It's simply huge, dear slugs, and it's everywhere. Thanks to our best agents in the field any man with a computer can now view virtually any kind of sexual perversion at any hour of the day in full, living color. He will do so, convinced that he is simply enjoying some 'down time.' He thinks he is simply 'relaxing' with some 'adult entertainment.' Pornography is no longer associated with the furtive visit to the magazine store, the hasty grab from the top shelf, the discreet brown paper bag, and the hurry home to enjoy the illicit lust. Instead the average man can watch sexual activities that his grandfather could scarcely even imagine in the privacy of his study.

It's not difficult, slugs; draw him in with the mild and slightly titillating. Nothing wrong, he says, with looking at the women's swim team pics or watching the beach volleyball on the sports channel. You take it from there, step-by-step, into the deeper perversions.

You may be thinking that pornography is for men only. It is, and it isn't. It's true that the female of the species are usually not drawn to pornography. If they look at it at all they're more likely to be repulsed ("Yucch! That's sick!") or just curious ("Goodness, how did they get into that position without hurting their backs?!"). This is because the male of the species is drawn by the visual sense. He likes to look. The female likes to be looked at. She wants to be admired and loved. Once you understand this, flukes, you've got the key. Just as the man might fantasize about his sexual exploits, the woman fantasizes about being loved and needed and admired.

Pornography for females therefore takes its appropriate form. They don't look at pictures about sex; they read stories about love. I'm talking about "romance novels," squirm worms. You might think them anodyne and dull, harmless even; but some of our best authors are making the heroines increasingly amoral. The heroines are women who "make their own sexual choices." In addition, our agents are making the love scenes more and more sexually explicit.

Healthy Sexuality and Spirituality: How These Energies Come Together
Ilchi Lee
2

You must remember this
Fred Clark
3 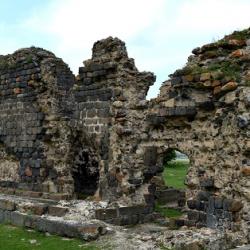 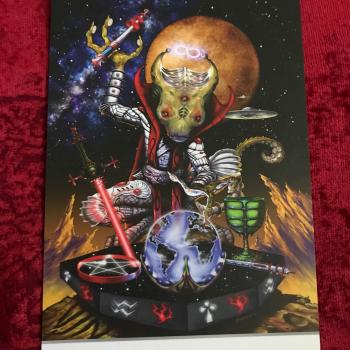 About Dwight Longenecker
Fr. Dwight Longenecker is the Parish Priest of Our Lady of the Rosary Church in Greenville, South Carolina. His latest book is Catholicism Pure and Simple.
Get Patheos Newsletters
Get the latest from Patheos by signing up for our newsletters. Try our 3 most popular, or select from our huge collection of unique and thought-provoking newsletters.
From time to time you will also receive Special Offers from our partners that help us make this content free for you. You can opt out of these offers at any time.
see our full list of newsletters