This week's Wall Street Journalfeatured a marketplace article describing the "noisy projects" that the TV networks are going to test this spring in an effort to get noticed in an ever more competitive entertainment market. Noisy projects are stories and themes designed to attract the attention of viewers by relying on outrageous themes and offbeat concepts.

As the article notes, "Cops are packing magic powers. Criminals from the 1960s haven't aged. And a young Edgar Allen Poe is prowling 19th-century Boston as a private eye." If that doesn't work the networks also have a handful of shows with vulgar titles that they hope will draw viewers, including "Good Christian Bitches" and "The $#*! My Father Says."

There is a certain guilty pleasure in watching network executives act like desperate mainline church leaders looking for a way to hook a few warm bodies. But the pleasure of knowing that we churchgoers have company in the entertainment biz doesn't last very long.

After all, when it comes to the entertainment business, it's all about entertainment. If you like the premise that the show, "17th Precinct," will feature a story that combines the erstwhile '80s police drama "Hill Street Blues" with magic—by all means, tune in.

But when it comes to churches desperately pandering to every trend that seems to draw someone into a worship service, that's a different matter. Churches that try "noisy projects" in an effort to get a larger "market share" run the risk of losing big. (Examples include, but are not limited to short-cuts to clergy preparation; trendy off-beat approaches to worship; sermons that amount to little more than politics masquerading as theology; the wholesale abandonment of the liturgy; and sermons with vulgar titles.)

God, for one thing.

You can begin where people are. It would be folly not to. St. Paul knew this. So did Jesus. But the preaching that both of them did was based on the conviction that people need God. Rightly preached, the Gospel has never been about the effort to make people comfortable with where they are. It has always been about promoting new intimacy with God and eliminating the obstacles to it.

Mega-church pastors have already discovered this and they are exploring ways to address the problem. It turns out that bringing large numbers of people through the doors to hear dramatic preaching and great music doesn't necessarily form Christian souls.

Mainline churches don't need to adopt the abandoned strategies of their larger neighbors in the desperate effort to build a bigger church—unless you are just into learning things the hard way, again. In a world that is spiritual but not religious, where people "do God," but they don't "do religion," churches would do well to ask how they nurture a deeper sense of connection with God, rather than fill pews.

Another thing at stake is worship.

Worship requires an experience of the transcendent, and the performance (if you want to call it that) points beyond itself to God. If that doesn't happen, worship doesn't happen.

The other thing a noisy church could cost us is our experience of God.

For example, without the Gospel, the Trinity, and the Eucharist, The Episcopal Church is not worth saving. A strong political party affiliation, a book club, or just good friends and a glass of wine would replace most of what is left. And all of that can be had without the costly overhead in choirs and costume—and applied to the bar tab.

Judicatories bloated by bureaucratic waste and grandiose convictions about their own importance have killed denominationalism—not the creedal distinctives that brought them into existence. People aren't bored by God, they are bored by UN-lite. They are bored by this-cause-lite or that-cause-lite. Not because they do not believe in acting on their faith, but because they don't believe in substituting politics or a cause for their faith.

At its best, denominationalism was about enshrining discoveries that each community made about the Christian life. That is why—although there is a lot of talk about a post-denominational world—non-denominational churches without a creed quietly reinvent a creed and post it on their websites.

We should not let the repellent trappings of denominationalism blind us to the importance of our theological heritage.

One of the truly painful spectacles to watch of late is the craven longing for acceptance and relevance that has sapped the church's leadership of courage, conviction, and clarity of vision—only to have others reinvent our heritage elsewhere and in other ways.

Let's dig deeper than the network TV strategy. It's time to drop our fascination with noisy church and ask ourselves what it might mean to be faithful. 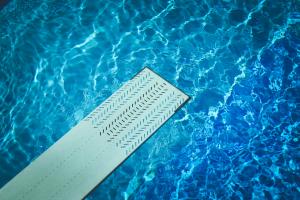 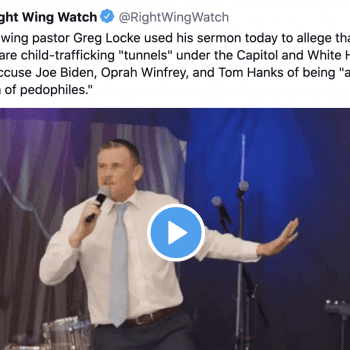 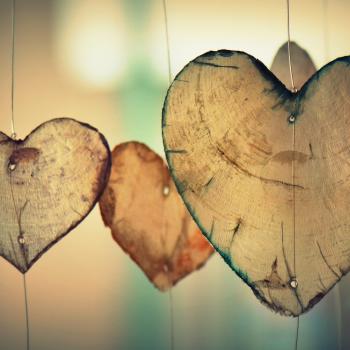 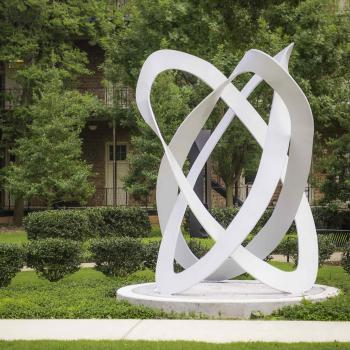 The number six and neutrality: a response to Brett Salkeld
David Cruz-Uribe
Get Patheos Newsletters
Get the latest from Patheos by signing up for our newsletters. Try our 3 most popular, or select from our huge collection of unique and thought-provoking newsletters.
From time to time you will also receive Special Offers from our partners that help us make this content free for you. You can opt out of these offers at any time.
see our full list of newsletters
Editor's picks See all columnists