On the Emergent World Spirituality

Below are a few thoughts we would like to share in simple and clear terms in regard to why evolving a World Spirituality is the urgent need and great adventure of our time. We have jotted these thoughts down, also catalyzed by in-depth conversations with Ken Wilber and Tami Simon who we are working closely in generating, articulating, and serving the emergence of an authentic World Spirituality that has the potential to provide a context of meaning for hundreds of millions of people. This is a work in progress, but here are some preliminary thoughts.

Let us begin with a bold and audacious statement, not on our personal behalf but on behalf of an incredible group of committed individuals from around the world who are coming together to foster and incarnate a new movement of spirit: World Spirituality. We believe that we are being called to articulate a vision of World Spirituality that speaks compellingly to the hundreds of millions of people who have moved beyond the religions or beyond exclusive identification with any one tradition. We believe that this may be one of the vital next moves in the evolution of consciousness.

We believe that World Spirituality is a desperately needed unifying principle that remembers and reminds us that what unites us is so much greater then what divides us.

Before we go any further, however, we must state clearly and unequivocally that if unifying means leveling of differences that so often characterized the early ecumenical movements, then this word can and does not describe the impetus of World Spirituality. World Spirituality is emphatically not, in any sense or form, a World Religion.

World Spirituality is more like a symphony. In the symphony there are many instruments. Each one is sacred. Each one has its unique music. Each contributes a particular texture and depth of sound to the symphony. But all of the instruments are playing music. No instrument can claim to be the music itself. Each one bows before the lord of music. In that general sense, World Spirituality engages the world's religions as well as the great wisdom traditions—ancient, modern, and postmodern.

Each instrument plays a unique and gorgeous instrument. Each often has a unique medicine or insight. By ancient traditions we refer primarily to the great systems of religion and philosophy. By modern traditions we might refer, for example, to neuroscience, or to the various schools of psychology. By postmodern traditions we refer to the insights of deconstructionist writers, phenomenology, and some of the social sciences. Each great tradition has insights in a particular area. Each has a particular medicine that we need. Each also sometimes overreaches in its claim that its particular insight is the whole story. The part pretends to be a whole and is rightly critiqued for its overreach with the tragic result that the baby is often thrown out with the bathwater.

World Spirituality seeks to be in dialogue with all of the great traditions and articulate a framework in which all of the traditions have an honored place at the table and can benefit from the insights of each. The job of World Spirituality is to cogently articulate a big picture in which a person might be able to find himself or herself in order to locate themselves in a context of meaning and purpose.

In the current situation, many people at the leading edge who are born into the postmodern world unconsciously assimilate its critiques of the great traditions. If they remain with the wish to engage spirit at all, they are then left to meander along trying to find their way. They are confused and unable to orient themselves to a genuine worldview of meaning that compels, delights, and infuses their everyday life with meaning and direction.

World Spirituality speaks equally to the hundreds of millions of cultural creatives around the world who feel that they cannot locate themselves in a tradition at all, as well as those firmly ensconced in a tradition who might feel that their identity and hunger is not exhausted by that tradition. They experience themselves as dual citizens—deeply involved in their tradition but also part of the broader global community of spirit at the same time.

In World Spirituality one of our key goals is to create a series of writings that might help seekers feel like they have some direction and gentle guidance on the way, which helps them to identify: What are the issues that need addressing? What are the general forms or types of practice that need to be engaged in in order to live an integrated life on the spiritual path of life? In a sense, we would like to help people cultivate discernment as they try and find their way grounded in spirit on a genuine path of obligation and freedom.

There are five important reasons why a World Spirituality is both possible and necessary today in way that it was never was before in history. 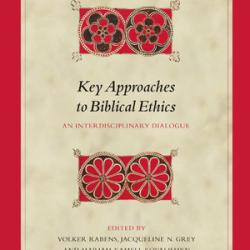 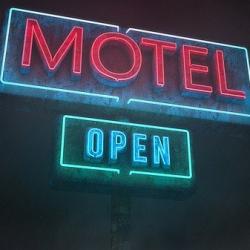 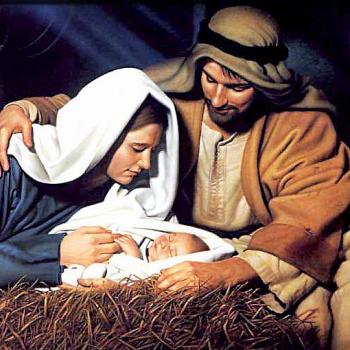 Born around this date (according to Christian mythology): Jesus
GW Foote
4 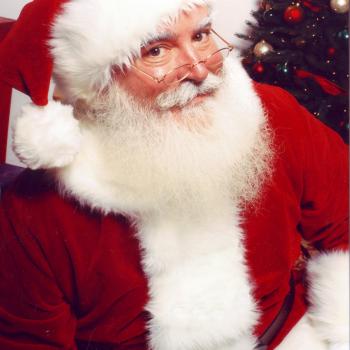 Merry Christmas Y'All!
Jonathan MS Pearce
Get Patheos Newsletters
Get the latest from Patheos by signing up for our newsletters. Try our 3 most popular, or select from our huge collection of unique and thought-provoking newsletters.
From time to time you will also receive Special Offers from our partners that help us make this content free for you. You can opt out of these offers at any time.
see our full list of newsletters
Editor's picks See all columnists