Queer I Stand: An Introduction

But, perhaps more to the point in the present context, I am "queer" in a variety of ways. As I recognize that there are more than two genders to be encountered among humans, and I find that I can be potentially attracted to and have emotional relationships with any of them, I identify as pansexual, though my primary attractions and experience has been bisexual, and my strongest aesthetic sensibilities resonate with what would be considered "gay" much of the time.

I am metagendered, meaning that I do not identify as a man or a woman, nor as male or female, nor as transgendered of any sort, nor as androgynous or "neutral"; I consider metagender to be one of the many "other," non-binary possibilities for gender that are available to humans. My gender identifications are not dependent upon any single or grouped characteristics (physical, genetic, or mental), performances, mannerisms, or anything else. I have no problem with anyone who identifies with any possible gender, including conventional cisgender identities; in fact, I find a number of "conventional" expressions of both masculinity and femininity quite attractive and appealing, in other people.

I have my own preferences and definitions and ideas in each of these categories of queerness, but I do not expect others to either accept them or approve of them; however, I do not appreciate nor tolerate anyone attempting to argue with me over my own definitions or being told that I am "wrong" in my self-perceptions. I am likewise also not at all responsible for anyone else's perceptions of me, or for conforming to whatever categories or characteristic they may believe I should meet or exhibit. Those are your own thoughts and perceptions, not mine, and I am not responsible for creating them nor policing them. Queer I stand—by the gods, I can do no other.

While I no longer follow the religious traditions of my childhood, nor do I identify with them, I do not discount their influences on my own religious ideas at present, and am comfortable when they are acknowledged; as a result, I do have some identification with the label "post-Christian." I am interested in the phenomenon of religion generally, and have studied many different religions worldwide. I also participate in several of them apart from modern Pagan practices, including Shinto and some Western engagements with Hinduism.

My own involvements in modern Pagan religions have been varied over the years, and have included generic Wicca, Celtic-flavored Wicca, and neo-shamanism. At present, and for the majority of the last decade, my focus has been primarily in two directions: Celtic reconstructionist paganism (particularly in the framework of Irish gentlidecht and the practice of filidecht, but also to some extent in Welsh and Romano-British forms), and the Ekklesía Antínoou, of which I am a founder. The Ekklesía Antínoou is a queer, Graeco-Roman-Egyptian syncretist reconstructionist polytheist organization dedicated to Antinous, the deified youthful lover of the Roman Emperor Hadrian, and related divine figures. In the context of the Ekklesía Antínoou, I am the Doctor, the primary teacher and exegete of the emerging tradition, as well as acting in a priestly role in public rituals, and being the Mystagogos of the Antinoan Mysteries.

Being a specifically "queer" cultus does not simply mean that many of our deities can be considered queer, or that we do our activities with an eye to inclusion of and applicability for the various expressions of queer identity, sexuality, and gender diversity. Like a great deal of modern queer theory, the sense of "queer theology" is "to queer" (and also "to query") much of what has been assumed as a "given" in theological contexts. Like liberation theology, queer theology does theology from the viewpoint of queerness, however that is understood in context, and from a queer position, rather than being a "theology of queerness."

Many religions have a "theology of queerness," which is to say an application of their theological assumptions to the subject of queerness (in its various manifestations). From these applications, these theologies of queerness often conclude that the various forms of queerness are "wrong" or "sinful," or at very least are "not ideal," and often thus suggest exclusion of queer people or actively critique their lives and even demean their very existence. But, queer theology does exactly the opposite. As it starts from queerness as an existential reality—and a perfectly fine and good one—it then examines theological issues from this viewpoint, often with implications that are much more wide in their potential appeal than for those who identify with queerness or as queer in some sense.

The fact is, various questions of queerness are issues that have far wider implications for people apart from those who actually identify as queer. The recent debates and arguments over the issue of gender inclusivity at PantheaCon is one such example from a specifically Pagan context. Another issue that is wider in its potential impact, both religiously and culturally in the U.S., is the recent Supreme Court decision upholding the ability of Westboro Baptist Church to protest funerals of slain U.S. military service members; anti-queer rhetoric is the basis of and is still used by the group in attempt to anger and demean others into accepting their own fundamentalist, apocalyptic, exclusivistic religious viewpoint. While some might see the apparent victories in this Supreme Court decision for freedom of religion and speech and assembly as, indeed, victories for all, does this situation call for a queering of the matter entirely, and asking difficult questions about attempting to silence religious messages we find distasteful? These are cherished civil rights and ideals that modern Pagan practitioners and queer people have fought for with great ardor . . . and yet, are there limits on them that we'd "prefer" to see, even if we don't want to admit it? 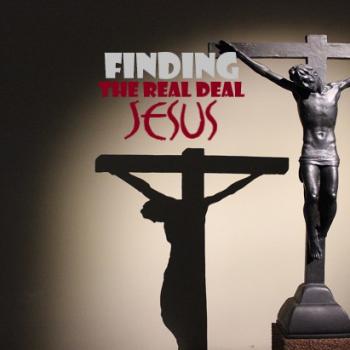 Just Some Tourists Having a Little Fun
Bert Bigelow
4

What Good Am I?: Bob Dylan on Today's 2nd Reading
Francis Beckwith
Get Patheos Newsletters
Get the latest from Patheos by signing up for our newsletters. Try our 3 most popular, or select from our huge collection of unique and thought-provoking newsletters.
From time to time you will also receive Special Offers from our partners that help us make this content free for you. You can opt out of these offers at any time.
see our full list of newsletters
Editor's picks See all columnists