Much to the dismay of my colleagues who teach church history, I have often noted that denominational history isn't really all that interesting. "After all, it's just American political history, minus the power and money."

There is more than provocation to the observation, of course. Protestant denominations share a great deal in common with colonial history, including the legislative structures and democratic procedures that govern church life.

But we are joined at the hip with American politics in more informal ways as well—including the culture of political infighting. One of the more disturbing developments is the choice to run away as a means of resolving differences.

It won't be lost on even the most casual observer that this behavior has its parallels in the behavior of American legislators: Members of the Florida Senate ran away to Georgia in 1891. Republicans ran away from the California Assembly in 1994. Democrats in Texas ran away from their legislative responsibilities in 2003 and now Democrats in Wisconsin have run away to Illinois.

The two patterns are troubling for different reasons, of course, but both are at root a betrayal of responsibility, a problematic precedent, and a failure of character.

We will always differ. Even after decisions are made there will be those who dissent. And even those who are like-minded need only check their watches to answer the question, "When will those of you who agree begin to disagree with one another?"

Running away solves nothing. Our inability to deal with difference is our own fault. And wherever we go, there we are, be it legislators in Wisconsin or Episcopalians who choose to align themselves with the church in Rwanda.

The success and survival of democracies depend upon our willingness to support the system that brought us together by participating—win or lose. And the survival of the church depends upon the ability of its people to listen for the voice of God.

The democratic process has not always served the church well. We have made too many decisions without prayerful deliberation and substantive theological reflection. We have relied too much on the politics of leverage and expediency. We have made the facile and mistaken assumption that pastoral needs can be met by legislating a solution. And we have been seduced by the allure of social and political power.

It is no surprise that from time to time, we have been considered either the Republican or Democratic parties at prayer. But being called one does not atone for the other; and the facile assumption that the policies of one or the other represents anything like the will of God only reveals how little interested we are in God's will. The church needs to find new ways to listen for the voice of God or it will be the pale, underfunded shadow of the American political process.

That said, the democratic process could benefit from rediscovering our commitment to the process itself. In over two centuries the conviction that has sustained us is that commitment. We conduct elections and abide by their results; we vote on issues and abide by the outcome; we differ with one another without violence; and we seek redress through the same mechanisms. Politicians who have served their terms or have lost their elections leave office voluntarily. Only their duly elected successors assume their offices. And, in spite of the fact that we often differ over the best means of protecting them, we pledge allegiance to the flag and celebrate the values that unite us.

This isn't Cairo. Although we often express our dissatisfaction in public squares, we don't resolve our differences there. And we don't run away—or, at least, we shouldn't.

If as a church and as a country we resort to running away, the losses will differ. But the consequences for both will be nothing less than "the twilight of common dreams." 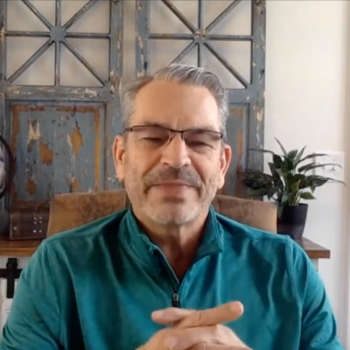 Cadbury urged to drop ad featuring same-sex kiss: The courage we need and the...
Jim Denison
4 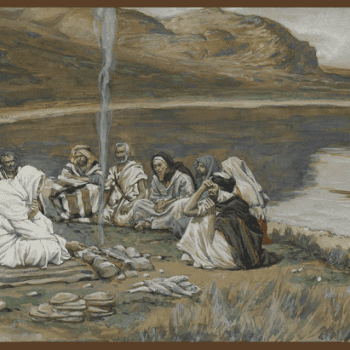 Let Christ’s Rising Break Your Life in Two
Fr. Stephanos Pedrano, O.S.B.
Get Patheos Newsletters
Get the latest from Patheos by signing up for our newsletters. Try our 3 most popular, or select from our huge collection of unique and thought-provoking newsletters.
From time to time you will also receive Special Offers from our partners that help us make this content free for you. You can opt out of these offers at any time.
see our full list of newsletters
Editor's picks See all columnists