Sex and the Anti-Economics of Love

A quick glance around the colliding worlds of the blogosphere and academia reveals an interesting datum: many, many people conceive of sexuality in economic terms.

On the web, sources are too numerous to mention, but I'll observe two representative examples: one, from the blog Hooking Up Smart; and the other a 2005 essay from the New York Times by Freakonomics authors Stephen J. Dubner and Steven D. Levitt. These and related stories point to a cluster of assumptions that drive book sales, online discussions, daytime talk shows, and a host of intellectual and pseudo-intellectual debates. According to this increasingly conventional wisdom, sex represents an exchange of goods and is subject to the same laws of supply and demand that prevail in any other kind of economic exchange.

Regnerus argues in his Slate article that factors like online pornography, the Pill, and the sexual revolution have made lots of sexual options open to men. Greater supply equals lower cost. And since women have not on a large scale conspired to raise the price of sex (as in Aristophanes' play Lysistrata, in which women halt a war by refusing sex till it's over), men remain the parties that retain power through the principle of least interest (see the Hooking Up Smart link). Sex is cheap, and there's abundant supply, so men have no interest in channeling their desires toward anything productive.

Like any analytical tool, though, economics is the hammer that starts to make everything look like a nail. True, economic factors can be a powerful incentive to behavior: the cost of gas limits the number of flights people take; the availability of contraception drives up the frequency of sex. Economics is truer on a macro level than in individual cases; it's about the analysis of statistics, and statistics reveal more about populations and less about individuals.

There's a massive, gaping hole in economic analyses of sex, and as a result there's a shallow calculus in contemporary relationships that try to balance power between the sexes. Whatever happened to love?

At this point, images from Valentine's Day are beginning to creep into your mind. "Aw, isn't that sweet?" you're thinking, "and naïve?" Love is all about economics, you say. He shoots a look, she repays with a hand through her hair. He buys a drink, she agrees to talk. There are rules of engagement, rules of power, rules of exchange. When do you call or text? What's the right balance between being available and being needy? How do you signal interest and yet retain some control?

But here's my point: a relationship that remains rooted in a calculus of exchange is dismal. We don't understand sex in Western cultures because we no longer try to understand love. We understand tit-for-tat, you-scratch-my-back-and-I'll-scratch-yours, business partnerships, contracts, torts, hostile takeovers, and war. All these are the obvious analogies to the world we've come to embrace over the past four hundred years or so. But love is a complete mystery to us. 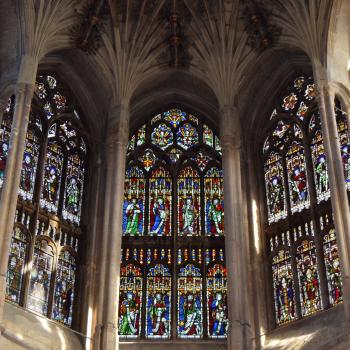 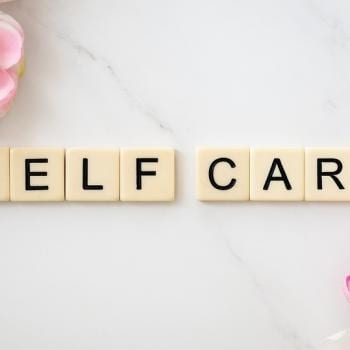 Witch, Take Care of Your Needs Too
Irisanya Moon
Get Patheos Newsletters
Get the latest from Patheos by signing up for our newsletters. Try our 3 most popular, or select from our huge collection of unique and thought-provoking newsletters.
From time to time you will also receive Special Offers from our partners that help us make this content free for you. You can opt out of these offers at any time.
see our full list of newsletters
Editor's picks See all columnists