Why the Church Needs Art

A few months ago, my wife's grandmother, known to the family as Grandma Polly, came to the end of a long and fascinating life. I was asked by the family to preach at the funeral. I struggled with whether or not to accept the invitation, but in the end realized that if I did not accept, the funeral would be organized and the eulogy offered by a funeral home employee who did not know Polly, and I thought I should give it my best shot. Things went reasonably well. I turned down a different request from the family, though—to sing.

It is a little bit ironic that I accepted an invitation to preach while declining an invitation to sing. I have not been to seminary and am not ordained, but I have been a professional singer/songwriter for twenty years, performing well over 2000 concerts on four continents in that time. One might reasonably expect that I would have accepted the invitation I declined, and vice versa.

I loved Polly, though, and I knew I wouldn't be able to sing. The words of a sermon may well be moving, and I hope they were that day. Singing, though, is inherently moving, at least any singing I would be willing to do in such a context. I knew that my own emotional control would be precarious if I tried to sing that day, so I did not try. Certainly there is art in a well-crafted sermon, but song, for me, falls much farther along the continuum between intellect and emotion, and touches places in my spirit that are inaccessible by any other means.

To many people, art is superfluous or even distracting from what is truly important. It holds entertainment value, keeping people engaged, or perhaps pleasantly distracted, but is not substantive, and is certainly not integral. To others, it is fundamental; it is a door through which they enter into divine relationship. My heart breaks for the former category. I mourn that they do not get to feel what I feel when I am transported by a powerful piece of music (or dance or painting or sculpture or photography, etc., for that matter, though I primarily write of music here, which is my own primary artistic expression). Art is a way to worship and to be in relationship with God that cannot be replicated by other methods. It is an essential way to connect to God, and should not be discounted or minimized. There are several reasons for people of faith to take it seriously.

First is simply the observation that thinking isn't enough. Theological inquiry and intellectual debate are hugely important. They are not sufficient, though. Intellect is not enough to know God. In order to be called into the presence of God, I believe that most of us need to be moved before we can be logically convinced. Before we engage with the study, we have to want to study. In order to want to think about these questions, we need to feel that there is something holy worth moving toward. Thinking simply isn't enough, and one major point of the arts is to move us—to make us feel.

Art also provides a rich metaphor for our relationship with God. Good art is more evocative than instructive. That is, it doesn't put something inside us as much as it draws something out. To hear someone else's story can be instructive, but at the point that it becomes moving, it is generally because their story has intersected with our own. Their grief, hope, joy, courage, or despair has drawn out our own, or the memory of it. When their story becomes our story, we are moved.

I think there is a strong analogy here to the way in which God relates to us. We are called into relationship with God, not simply as passive recipients of God's love, but as active participants in a relationship with God that stretches and grows and shifts over time. We have the freedom to interact, and we are integral to the equation. I have often remarked that because we live in an age of ubiquitous television, audiences at a concert frequently seem to be unaware that I can see them too; we are most accustomed to watching things that aren't watching us back. At a live performance, it is easy to forget that we are not only watching the show, we are part of it. The reactions and energy that an audience offers to the stage are absolutely fundamental to the energy and quality that come from the stage. Likewise, some people perceive God as the puppet master and our own roles as passive. That is shoddy theology, though. The truth is that we have the freedom to engage, to participate, or to look away.

Those who discount the value of art in worship may miss or undervalue its connectional aspect as well. At its best, art may produce a deep sense of communion. There have been times in my life when I have been part of an audience so caught up in music at a live concert, for instance, that everyone in the room seemed almost to melt into an aggregate spirit; the feeling in the room can become so electric that one is sure that there is no one in the room who is outside of it, that we are all feeling exactly the same thing. Those who are skeptical of the value of the arts would say that this deep sense of connectedness is lovely, but illusory. It wears off and we come back to the hard reality of daily life. 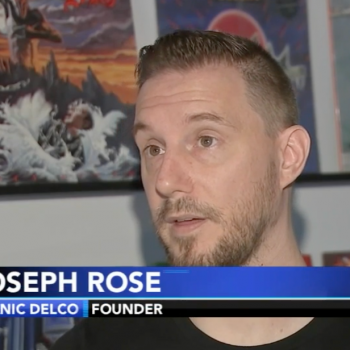 Returning to Our Neighbors—To See or Not to See?
Hebrew College Wendy Linden
4 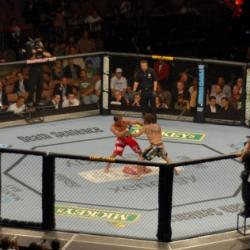 What Mixed Martial Arts Can Teach us About Truth Seeking
Andrew Murtagh
About
Get Patheos Newsletters
Get the latest from Patheos by signing up for our newsletters. Try our 3 most popular, or select from our huge collection of unique and thought-provoking newsletters.
From time to time you will also receive Special Offers from our partners that help us make this content free for you. You can opt out of these offers at any time.
see our full list of newsletters