Faith in Uncertain Times: A Review of "Of Gods and Men"

In 1996, a small community of Algerian monks faced a terrible dilemma. In the midst of a war in which their lives were overtly threatened, should they abandon the people they were there to serve, or should they stay and almost certainly be killed? What does Christ require in such dire situations? What if one is simultaneously questioning one's faith? What responsibility does one have to the community? To the world? What is right when everything has gone wrong?

These are the questions that live and breathe in Of Gods and Men, a 2010 film from French director Xavier Beauvois. It tells the story of the Trappist monks of Tibhirine, who lived at peace with the Muslims surrounding them before the intervention of external forces amidst the Algerian Civil War. The film is breathtaking both in the power of its images and in the profound strength of character in the people it represents. Its retelling of the monks' dilemma and its exploration of their theological, emotional, and physical doubts and struggles are unflinchingly truthful. Not since Chariots of Fire have I seen a film that so honors the Christian faith and speaks so honestly about the philosophical difficulties of practicing that faith.

I was moved. Of Gods and Men made me proud to be a Christian. It made me question whether I am a very good Christian—and yet gave me peace with my own unfaithfulness. These remarkable brothers, I learned in this film, are not much different from me. They simply acted faithfully even when they didn't feel faithful, and by those actions they were proven faithful. I was challenged by this film to act faithfully while doubting, to treasure both my doubts and my faith because each proves the other as genuine. 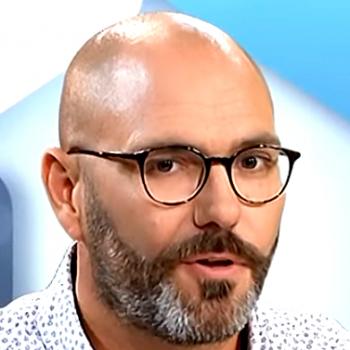 You Bear No Guilt for Sins Done to You: Why We Must Reject "Generational...
Owen Strachan
4 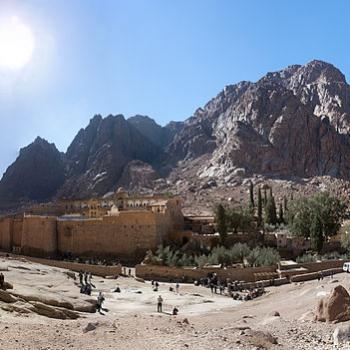 In Search of the Real Mt. Sinai
Dave Armstrong

Elijah Davidson
Elijah Davidson is the Co-Director of Reel Spirituality at Fuller Seminary's Brehm Center for theology, arts and culture. Follow his reflections via Twitter, or at the Brehm Center blog and the Reel Spirituality website.
Get Patheos Newsletters
Get the latest from Patheos by signing up for our newsletters. Try our 3 most popular, or select from our huge collection of unique and thought-provoking newsletters.
From time to time you will also receive Special Offers from our partners that help us make this content free for you. You can opt out of these offers at any time.
see our full list of newsletters