Karl Giberson and Francis Collins share a passion for reconciling science—particularly evolutionary theory—with Christian faith. Their new book, The Language of Science and Faith, pulls together the Frequently Asked Questions that were elicited by Francis Collins' earlier book, The Language of God, and presents an organized question-answer discussion of these questions. We had a few more questions of our own, which Karl Giberson has answered via an email interview.

What kinds of fears do you encounter when you present theistic evolution?

Evangelicals are fearful of theistic evolution for two reasons: 1) "Evolution" is understood on main street to be an "origins story for atheists," rather than a "scientific theory." Trying to make evolution, understood in this way, a part of God's creative process seems as oxymoronic as talking about "Christian Pornography." 2) Once people open up to the possibility of theistic evolution they realize they have to change some of their ideas about the Bible. This can often seem like a slippery slope that will lead to a loss of confidence in the Bible as a whole, including the central teachings of the New Testament.

How does BioLogos address those fears?

Not everyone has the same fears so we employ a variety of strategies that Christians have developed over the years. Many people are drawn by the simple fact that the leaders of BioLogos are Christians and that is enough. They simply need to discover that one can embrace evolution and still be a Christian and we embody that possibility. For others, however, education is needed to help them understand that science is not anti-religious, that a literal reading of Genesis is not appropriate, or that there is really no evidence for young earth creationism, the most popular alternative to the BioLogos view.

Can you explain further the ramifications of the genome project to our understanding of God's involvement in creation?

The most important contribution would be the way that the genome insights establish that humans share a common ancestor with other animals. We have non-functioning bits of useless DNA that are also found in other animals. An example is our gene to make Vitamin C. It is broken and doesn't work. When we find the same non-functioning broken gene in different animals, that is evidence that those animals had a common ancestor who passed down the broken gene.

In the BioLogos model, when and where does the idea of the soul come in?

BioLogos has no particular model for this. Different theological traditions can thus bring their own ideas to theistic evolution and fit them in. There is an increasingly popular theological tradition, going back to the Hebrew understanding of the person, that the "soul" is best understood as the "self" or the "pattern of the person." In this view, we do not "have" souls, we "are" souls. On the other hand, there is the more popular view—and official Catholic doctrine—that the soul is a separate part of us, something that is "added" in some sense to our physical bodies. In this view God "inserts" the soul at some point. Both views are compatible with the idea that we evolved.

Can you say more about what it means to be made in the image of God?

The image of God is a much-discussed part of theology. But, despite all that discussion, there is no agreement on what it means! Some people, without thinking about it too much, say things like "I am made in the image of God and not the image of a monkey," implying that God's image is our physical appearance. For me, I think we "Image" God when we are at our best expression of his nature, which is love.

If our origins are a natural evolution of what God began, what implications might this have for our destiny? Are we "going" somewhere evolutionarily speaking?

This is hard to say. There is no evidence that humans are evolving in any meaningful direction. And the conditions are not right for us to be evolving. Evolution occurs primarily when there are major challenges to reproduction that reward certain traits and not others. If, for example, tall people could find mates and have kids but short people could not, then the human race would become taller. But the number of kids most people have is based on other factors—careers, religious beliefs, etc. 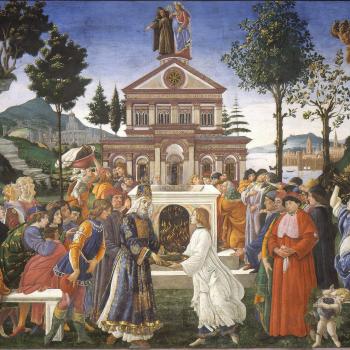 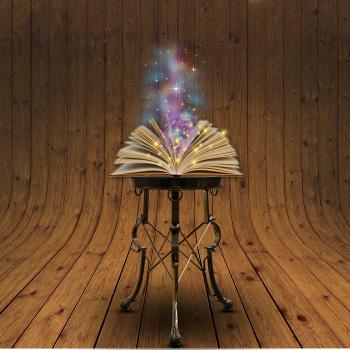 Foundation: Feet Planted. Eyes Focused. Intention Strong.
Gwyn
Get Patheos Newsletters
Get the latest from Patheos by signing up for our newsletters. Try our 3 most popular, or select from our huge collection of unique and thought-provoking newsletters.
From time to time you will also receive Special Offers from our partners that help us make this content free for you. You can opt out of these offers at any time.
see our full list of newsletters
Editor's picks See all columnists