I can only imagine how you, the Conference, and John Jay himself are feeling after the public hee-hawing in response to your announcement last week that the Sixties era was responsible for your child sex abuse challenges. The cartoons, like the one by Tony Auth in the Philadelphia Inquirer, were short on empathy for your herculean efforts.

I noticed you paid about $1 million for this Report (and you solicited some serious funds from outside groups, including the federal government), so the national LOL in response has to hurt.

Speaking as a professor, I believe that the John Jay Report, otherwise entitled The Nature and Scope of the Problem of Sexual Abuse of Minors by Catholic Priests and Deacons in the United States, lacks sufficient historical support for this breakthrough in explaining how an institution that started with Jesus Christ could become the global leader in child endangerment.

You obviously take the John Jay academics' Sixties thesis seriously as it appeared in your press releases about the Report; maybe the problem is that the Report just wasn't long enough. So I think you should consider doing a sequel to buttress your arguments about the Sixties.

I know that we have had our differences in the past, but now that I see the sincerity of your drive to protect children, I just can't let this opportunity pass.

Here is a summary of the promising avenues of research I would pursue for you as soon as you send me a check. Each one provides a new insight to help you (and the world) understand the men under your care and just how difficult it is for the bishops to handle this problem.

The Sixties were not just a permissive era when everyone was doing drugs, having sex, and listening to rock and roll.* There were many social influences that might help you as you try to explain the victimization of the Catholic bishops who have had to carry the cross of child sex abuse by priests.

Each of the following four cultural landmarks deserves further exploration. Once you have approved my grant application and paid in full, I will apply the tried and true research methods followed by the John Jay team to definitively link this cultural phenomenon to your problems.

It is my expectation that as I investigate these cultural links to your organization, I will be able to add significant cover for you and your fellow bishops who even today do not call the police when you learn of abuse by your employees.

If this grant application is rejected, which would be deeply disappointing, I would like to make one modest proposal to aid you as you recover from the humiliation of the John Jay Woodstock Report, as some have dubbed it. Do you want to regain the respect you have squandered? Become the victims' ally for justice. If you don't know what that requires, ask them. (That is not the same thing as asking your lawyers or your high-priced PR guys and gals what to do next.) But you and I both know you are fully aware of what you should do. You just haven't done it yet.

*In the interest of full disclosure, I should tell you that I was a kid in the Sixties, have never done a single illegal drug, including marijuana, never thought "free sex" was a good idea for anyone, and grew up liking country music as much as rock and roll. But this application is made in my capacity as an academic, not as someone who "lived" the phenomenon. I suppose this explains in part the fact that I have never abused a child or covered up anyone else's abuse of a child? 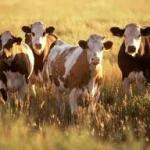 Does Copernicus Have to be Wrong? Or, How the Bible Likes Modern Science
Jack Hartjes
4