Opposing the Culture of Contraception

Editor's Note: The interview below is part of a symposium hosted by Patheos' Catholic Portal and Evangelical Portal, entitled, "For Life and Family: Faith and the Future of Social Conservatism."

As a twenty-something evangelical in the 1990s, I was staunchly pro-life but didn't give contraception much thought. If you had asked me to explain the Catholic view, I would probably have attributed it to some vestigial medieval disdain for human sexuality. After all, with the possible exception of Genesis 38:8-10, the Bible says almost nothing about contraception. Why should it be a big deal?

After getting married, my wife and I learned that birth control pills and IUDs could function as abortifacients, so we avoided them. But this didn't lead us to worry much about contraception itself. I suspect that millions of evangelicals are in more or less the same situation. In fact, according to statistics, most American Catholics are as well—despite the clear teaching of the Catholic Church.

I'm now Catholic. Years before I became Catholic, however, I realized that my indifference to contraception was a big mistake. I was awoken from my dogmatic slumber when I learned that the "Catholic" view of artificial contraception was, for centuries, the Christian view: Catholic, Orthodox, and Protestant. The early Church and Church Fathers were of one mind on the matter. Luther, Calvin, and Wesley all condemned contraception. Calvin called it "monstrous." And all Protestants agreed with that consensus until the Anglican Lambeth Conference in 1930.

At Lambeth, the Anglican bishops overturned the historical view and approved this resolution:

In those cases where there is such a clearly felt moral obligation to limit or avoid parenthood, and where there is a morally sound reason for avoiding complete abstinence, other methods may be used, provided that this is done in the light of the same Christian principles.

Despite the bishops' reticence, the camel's nose was now under the tent. Before long, most Protestant bodies, including evangelical ones, began to drop their opposition to artificial contraception. For two generations now, few evangelicals have given the subject much thought—though that seems to be changing.

Of course, once I realized that Protestants, too, opposed artificial contraception until the middle of the twentieth century, I had to confront a dilemma: Who's right? Did the Anglican bishops discern the Spirit in 1930 while all other Christians had been misguided for 1,900 years? Or, did the entire Church until 1930 know something that many of us have forgotten? I confess that I never took comfort in the company of those Anglican bishops.

Why was there such unanimity of opinion among Christians until the last century?

Historically all Christians believed that God's commandment and blessing to be fruitful and multiply disclosed something about the proper end of our sexuality, namely, childbearing (even if that end is not always fulfilled). That is its purpose, though not, of course, its only purpose. Christians believed that God intended for not just sex and marriage, but sex and childbearing to go together. To intentionally sever the link between the two, then, was to rend asunder what God had joined together. So opposition to contraception need have nothing to do with being anti-sex, and everything to do with thinking through the divine design of our sexuality.

Did God send a new revelation in 1930 telling the Anglican bishops that this was all a mistake? Did someone discover that "be fruitful and multiply" meant something different from what all Christians thought it meant for the previous 1,900 years? Did we suddenly come to understand human sexuality better than our spiritual ancestors? Or, perhaps, did we pick up an idea from a culture that is increasingly hostile to fertility and chastity? Did we take a wrong turn?

One way to tell if you've taken a wrong turn is to look at the consequences of the turn. After all, if there is and ought to be, by God's design, an intrinsic link between sex and childbearing, then separating them would probably mess things up. And so it has.

Contraception separates sex from procreation, and also weakens the consequences of extra-marital sex. As a result, many scholars see the widespread acceptance of contraception as a logical and cultural precursor to both legal abortion and the demise of marriage. As Glenn Stanton and Bill Maier of Focus on the Family put it in Marriage on Trial (pp. 121-122): "[A] major redefinition of marriage occurred with the growth of our culture of contraception. The emergence of widespread contraception, especially the emergence of the pill, helped separate sexuality and marriage from childbearing."

Is Your Burden Light?
Vance Morgan
3 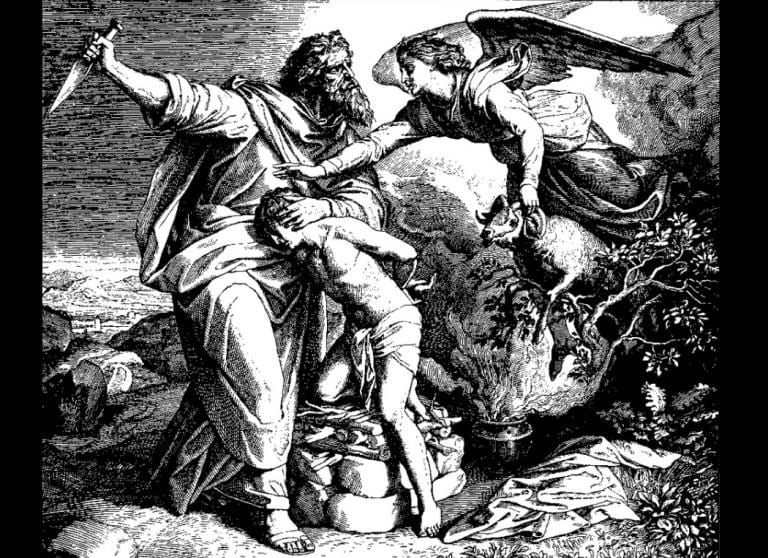 Was Joshua's Slaughter of the Canaanites Morally Justified? Part 13: OT on...
Bradley Bowen
4

"There is just one thing that you won't hear about."
Dan Peterson
Get Patheos Newsletters
Get the latest from Patheos by signing up for our newsletters. Try our 3 most popular, or select from our huge collection of unique and thought-provoking newsletters.
From time to time you will also receive Special Offers from our partners that help us make this content free for you. You can opt out of these offers at any time.
see our full list of newsletters
Editor's picks See all columnists