The Theological Implications of Being "Born This Way"

If a creator deity does impart one's sexual orientation, then it must either follow that a) the deity in question approves of it and made it to do a specific task or perform a specific function, which it then ought to do; or b) the opinions of the deity responsible for the creation of humans and their sexual orientations is not the same as the deity who judges sexual behaviors, and thus these multiple deities are at variance with one another; or c) the creator deity simply does this to mess with things in the universe and cause strife . . . which is not unusual for some capricious creator deities.

Polytheism, in these examples, can provide somewhat better options, depending on how one wishes to interpret these matters, and whether or not one sees a difference between being created or born to be a certain way and acting or behaving in a certain way. And these are only a few of the myriad possibilities in which one can theologically reason around these matters.

The other main possibility I suggested above for interpreting the reality of human sexual orientation is that it is not the result of the deliberate actions and intentions of a deity—creator or otherwise—and instead it is simply a biological phenomenon, whether originating from genetics or prenatal hormonal conditions. As I suggested recently, these conclusions are becoming more and more undeniable as research into human (and other animal) sexuality continues and expands.

This could lead into a variety of possible suggestions, including interpretations that are entirely naturalistic, humanistic, and even atheistic (as one may or may not prefer); but, they are becoming far more certain in an objective sense than any particular theological suggestions across the spectrum of religions have been to date. As a result they have an importance that cannot, I feel, be easily ignored or downplayed in ways that suggest the gods—whether singular and universal rulers, or multiple and governing various facets of creation—do not approve of the existence of homoeroticism. If some distant father-god in particular religions doesn't seem to approve of homosexual persons or acts, the indisputable fact is that Mother Nature seems to; even in the most repressive and homophobic societies, queer people are born every day. If homoeroticism is a biological or genetic reality, then evolution has yet to make it useless or redundant, and thus it must serve some purpose or other, particularly as it doesn't seem (in many cases) to be inherited from parent to child.

On this matter, as in so many, I am very willing to suggest that the reality probably lies on the human side of the equation rather than the divine side. It is not the gods—any of them—who have a problem with homoeroticism, it is particular humans, especially those who wish to have an effect on society that dominates and oppresses individuals, and who will often employ theological language, constructs, and institutions to do so.

This may seem to be a relatively simple and even expectable set of conclusions to reach in a column like this, and yet I think it is an eminently logical one. Even within a monotheistic theology, I would suggest that homophobia is not a sensible sentiment to impute to the deity in question; how much more so for polytheists?

If people were more willing to admit, not only on this issue but on many others, that their own preferences and even prejudices are the reasons for certain theological positions, rather than always imputing their opinions to the authority of divine beings, a great deal more justice (both from human and divine viewpoints, I would suggest!) would occur in the world. 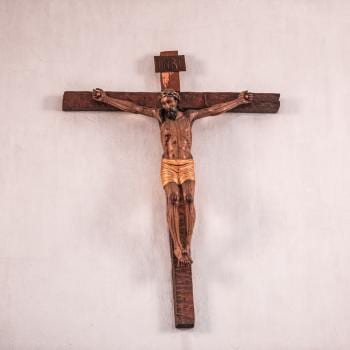 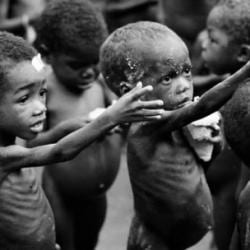 When you help the poor you help Christ.
Mark Wilson
4 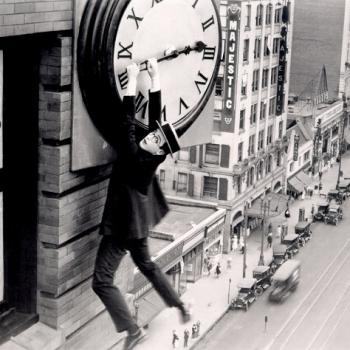 Debate w Atheists on the Allegedly "Unfair" & "Hidden" God
Dave Armstrong
Get Patheos Newsletters
Get the latest from Patheos by signing up for our newsletters. Try our 3 most popular, or select from our huge collection of unique and thought-provoking newsletters.
From time to time you will also receive Special Offers from our partners that help us make this content free for you. You can opt out of these offers at any time.
see our full list of newsletters
Editor's picks See all columnists