A Vote for Romney Is a Vote for the LDS Church

Update - June 9, 2011: To read an interview with Warren Cole Smith in which he responds to criticism of this article, please click here.

Update - June 20, 2011: See the end of this essay for a selection of responses to Smith's arguments.

In the prevailing wisdom of polls and pundits, Mitt Romney is a "top tier" contender for the Republican nomination for President. The prevailing wisdom also says that Romney's Mormonism will not be, or should not be, a factor in the election. Romney's Mormonism is purportedly like Kennedy's Catholicism: interesting, perhaps troubling from a theological point of view, but irrelevant to his governing philosophy.

I believe this prevailing wisdom is all wrong. His religious worldview will be vital to his governing philosophy, and will ultimately be the issue that undermines his candidacy.

Let's begin by noting that several prominent social conservatives supported Romney during the last election cycle. Conservative icon Paul Weyrich said about Romney during the last election cycle: "If we were endorsing Mr. Romney for head of the Southern Baptist Convention . . . the objections of these Evangelical Christians [to Romney's Mormon faith] would be wholly appropriate. But we are not." Fundamentalist Bob Jones III and Reformed theologian Dr. Wayne Grudem also supported Romney in 2008, using much the same argument.

Romney's Christian defenders often say that while the theology of Mormonism is very different from orthodox Christian theology, its social teachings on abortion, same-sex marriage, and a range of other issues are very similar. They sometimes cite Francis Schaeffer's concept of "co-belligerents." In pro-life battles and other battles, Schaeffer said, evangelicals should fight alongside Catholics, Mormons, and others who do not agree with us on theological particulars but do agree with us on social policy positions.

Weyrich ultimately repented of this view. Before Weyrich died in 2008, one of his last public appearances was to a small group of conservative leaders who were discussing whether to endorse John McCain for president after it became obvious that he would be the GOP nominee. Weyrich, though frail and bound to a wheelchair, said clearly and emphatically that he had made a grave mistake endorsing Romney, and essentially asked the social conservatives in the room to forgive him. For many of us, it was the last time we saw Weyrich alive.

What Weyrich understood was that you can't have it "both ways" when it comes to Romney's faith. You can't say that his religious beliefs don't matter, but his "values" do. The Christian worldview teaches that there is a short tether binding beliefs to the values and behaviors that flow from them. If the beliefs are false, then the behavior will eventually—but inevitably—be warped. Mormonism is particularly troubling on this point because Mormons believe in the idea of "continuing revelation." They may believe one thing today, and something else tomorrow. This is why Mormons have changed their views, for example, on marriage and race. Polygamy was once a key distinctive of the religion. Now, of course, it is not. Mormons once forbade blacks from leadership roles. Now they do not. What else will change?

Even if a Mormon social teaching happens to concur with orthodox Christianity at this point in time, it is unreliable and subject to alteration. It's tempting to say that "continuing revelation" has defined Romney's career, who has changed his positions on same-sex marriage and abortion and just about every major "culture war" issue.

For evangelical Christians, Romney has some additional explaining to do. On such essential doctrines as the Trinity and the role of Jesus in salvation, there are major differences between orthodox (biblical) Christianity and Mormonism. But the real problem is that Mormons believe and teach an American history that is in many particulars completely unsubstantiated and in others demonstrably false. Mormons believe that the "lost tribes" of Israel actually ended up in America, and that Jesus visited America and these tribes during his incarnation. These are just a few of Mormonism's highly idiosyncratic views of history. 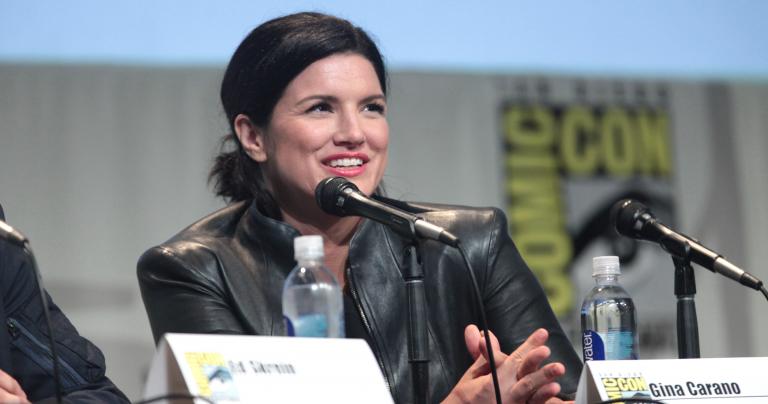 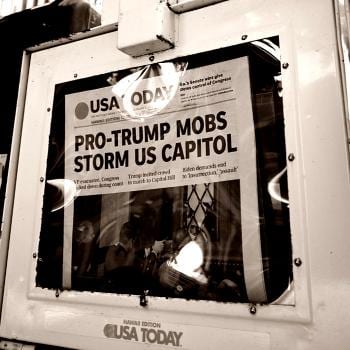 Op-ed: A bit of a kerfuffle
Ophelia Benson
4

'Adam Was Transexual' Declares Major Evangelical Scholar
Andrew Hall
Get Patheos Newsletters
Get the latest from Patheos by signing up for our newsletters. Try our 3 most popular, or select from our huge collection of unique and thought-provoking newsletters.
From time to time you will also receive Special Offers from our partners that help us make this content free for you. You can opt out of these offers at any time.
see our full list of newsletters
Editor's picks See all columnists