In my last installment in this column, on "What Makes Theology Queer?" I mentioned that my next piece in this column would be on the subject of queer theology, defining it a bit more clearly and determining what constitutes it.  I very briefly touched on the topic of "queer theology" versus a "theology of queerness"

here, in my first article in this column.  I will now expand upon this in an attempt to more fully answer the question of this article's title.

One would have to admit that queer theology, and the general notion of what are called praxis-based theologies, originates within Christian theology of the last four decades, at least as understood under these particular terms.  The first such theological movement was liberation theology, which generally arose in the context of Central and South American "base communities" of Roman Catholics, working under conditions of severe poverty and social injustice.  Gustavo Gutiérrez's 1971 book,  A Theology of Liberation, outlined some of the basic characteristics of this style of theology, which is based in the lives and practices of a particular community with particular experiences in the theological area concerned-poverty and social injustice.  It was a theological movement with its basis in experience and practice, rather than in determining theological principles from the viewpoint of institutional religious authorities, particular scriptural interpretations, traditional theological ideas, or other such sources.

Despite the title of Gutiérrez's book, liberation theology, and all praxis-based theologies, are said to be "non-genitive theologies."  The genitive case in English is usually rendered by the preposition "of," so that calling something "liberation theology" rather than a "theology of liberation" suggests that the people involved generate the theology, rather than "theological norms or principles" being applied to particular areas of concern.  The same is true, therefore, of political theology, feminist theology, environmental theology, and queer theology.

It is clear that many religions have a "theology of queerness" already.  We may very well disagree with their findings, but the beliefs that homosexuality is "intrinsically disordered," or that homosexuality is "objectively evil," are both theologies of queerness within particular Christian traditions.  However, the existence of groups like Dignity and the Rainbow Sash movement in the Catholic church, Integrity in the Episcopalian church, and any number of other groups would be examples of queer theology-a non-genitive theological articulation which starts from the experiences of queer people and not only applies theological principles to those experiences, but also creates theological principles based on them.

Within modern Pagan religions, there are also theologies of queerness, and some of these are just as homophobic (at worst) or heterosexist (often at best) as those found in other religions, including Christianity.

The implied gender essentialism, for example, that often underlies ideas about gender polarity and energy working in certain modern Pagan magical systems, and which ends up marginalizing or even condemning queer people, would be an example of a theology of queerness.  These types of theology often start with a theological principle that involves some sort of ideal view of "nature," and then usually they apply it to the "anomaly" of homoerotic attraction or gender variance, and find these things wanting-at best, perhaps atypical but not ideal, and at worst utterly against nature and therefore unsupportable or unwelcome.  The sad thing is, there are many modern Pagan religious practitioners who actually belong to a group or espouse a theology which has this view, but they have not examined it nor reflected upon it very much because queerness is outside of their own experience.  Many of these types of Pagan are perfectly socially accepting of queer people, but their forms of belief end up making queer people imperfect or flawed in some way, as if they are born with a disease or a disability of some sort, This type of natural variance can perhaps be worked with (or around) and not discriminated against, but its existence and acknowledgment still bars them from participation in or understanding of certain "mysteries" within that particular form of Pagan religion's overall cosmology and theology.  Recent occurrences at PantheaCon in terms of transphobia exhibit this quite vividly.

It is true that on the whole, modern forms of Paganism are among the most accepting of non-heterosexual sexual orientations and atypical gender identifications, but that doesn't mean that these types of theology don't still exist, despite whatever social acceptance individual Pagan practitioners give queer people.  The overculture often suggests the separation of religion and spirituality from daily life, politics, and inter-human relations, and thus social acceptance may be practiced, but theological acceptance is often not pursued.  It is just as common for modern Pagan religious practitioners to not question their theologies because they are in some sense "gods-and-goddesses-given," or they are "traditional" and thus overwhelmingly authoritative, as it is for many Christians, Muslims, and other religious adherents to do the same, while still practicing some degree of social acceptance.  The existence of social acceptance is certainly preferable to its lack, however it seems to me rather counterintuitive that good social virtue should be contradicted by one's theological viewpoint.

"Careful What You Ask For" The Peripatetic Preacher (Transfiguration Sunday...
John C Holbert
2 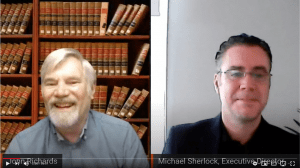