Elhassan has only a handful of followers who chant with him on Saturdays and Sundays at a small prayer center, located in a strip mall, that he founded in 2001 for other Sufi Muslims, a sect that embraces mysticism and a personal relationship with God.

Mohamed Elhassan said that since the burning of the Holy Quran, people have questioned him about his participation at the mock trial. Mohamed Elhassan said: "There are some people who blame me, who say you don't need to go there. You were in the place of the devil."

There are also other consequences arising from his participation at the kangaroo court. On the religious front, some of his small group of followers have demanded that he ceased to lead in prayer. And on the business front, many drivers have refused to drive taxis owned by his family.

According to the Daily Beast, Imam Muhammed Musri from Florida had requested that no Muslims participate in any way with Jones publicity stunt.

The church desperately needed a Muslim—anyone to lend their court the appearance of balance.

Jones went as far as to invite Anjem Choudary, a British Muslim and public extremist widely accused of inciting hatred and violence in his home country. Hearing of the plan, Musri contacted law enforcement and encouraged them not to let Choudary into the country. Eventually, the church resorted to asking television entrepreneur Ahmed Abaza, the prosecutor they had settled upon, to find them a suitable exemplar. He brought along Elhassan, a man with a limited online presence who claimed to be, at once, a former candidate for president of Sudan, the owner of the Irving, Texas, branch of the 3g Network, and an imam at a small Sufi Islamic Center in Dallas. Musri phoned around to get a hold of Elhassan, but nobody in Dallas had heard of him. "I'm not sure if he exists, and, if he does, I doubt he's a real imam," said Musri.

Elhassen's main defense for getting involved in this publicity stunt was that he didn't know that the "trial" of the Qur'an would end in a Qur'an burning. This means that not only is he not qualified as an Islamic scholar, but he didn't even bother to do basic background checks on the individual and organization against which he was "defending" the Qur'an. Whether naïve or negligent, this sort of behavior is inexcusable.

It is no surprise to see that Robert Spencer has just posted a video of a "debate" between himself and this fake Sheikh on the subject of Islam and human rights. Like Terry Jones, Spencer has come up against the difficulty of finding any legitimate Muslim scholars to involve themselves with his publicity stunts, as the scholars and leadership in the American Muslim community are now only too aware of his modus operandi. And so he needs to attempt to get some mileage from pointless "debates" with uninformed Muslims who also seem to be only interested in publicity.

I really hope that individuals who are tempted to take the bait and engage with professional Islamophobes, stop to consider that there is a reason that most scholars, activists, and leaders in the American Muslim community ignore their provocations and requests to debate.

Robert Spencer's Response
Robert Spencer just posted a "response" to the key arguments that I made. The title of his rant is "Cowards: The American Muslim Begs Muslim Leaders to Stop Debating Robert Spencer." Actually, I was requesting individuals who are neither leaders nor experts on the particular topic being discussed to refrain from engaging with professional bigots. 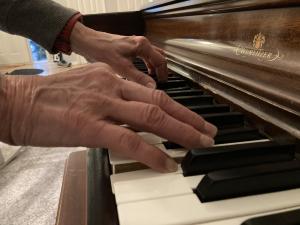 Habits, Not Resolutions, for the New Year
Anthony D Baker
2 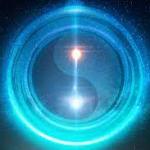 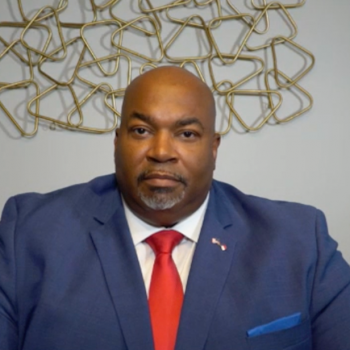 The Consequences of Plagues and Pandemics (part 1)
Gene Veith
About
Get Patheos Newsletters
Get the latest from Patheos by signing up for our newsletters. Try our 3 most popular, or select from our huge collection of unique and thought-provoking newsletters.
From time to time you will also receive Special Offers from our partners that help us make this content free for you. You can opt out of these offers at any time.
see our full list of newsletters