Why is Manhattan College in the Bronx? 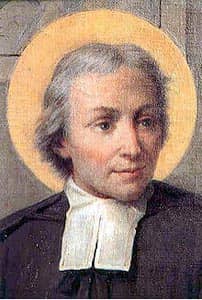 A religious Brother's vocation is unique. Free of the priest's obligation to celebrate the Sacraments, his calling is exclusively apostolic. Within this context, the Brothers of the Christian Schools, started by St. John Baptist De La Salle in 1600's France, have made a distinctive contribution. The first Brothers founded exclusively for teaching, they contributed greatly toward the development of education as profession. Much of what we take for granted today was started by them.

Their schools were intended for those unable to afford a university education. Students were organized and taught in groups according to academic ability. In a radical break from tradition, they were also taught in French, not Latin. Teachers would make lesson plans and keep grades, both of which were examined by principals. On the eve of the French Revolution, they operated over one hundred schools in France.

In the post-revolutionary era, the Christian Brothers moved beyond France to Canada in 1837, and Baltimore in 1845. In 1848, they opened a parochial school at St. Vincent De Paul, a French parish then located on Manhattan's Canal Street. When the parish moved up to 23rd Street, the Brothers decided to move too. It was Brother Stylien who interested several wealthy Catholic laymen in plans for a boarding school far removed from crowded downtown.

"How wonderful it would be to the Catholics of New York," remarked one Andrew Carrigan of Bloomingdale, a growing midtown neighborhood. Brother Stylien liked Manhattanville. Archbishop John Hughes preferred the Kingsbridge section of the Bronx, where students "would have plenty of room to run and play in the fields like deer." But Newbold Lawrence owned property in Manhattanville, and he was willing to sell.

The site was purchased with help from Hughes. On May 5, 1853, the Academy of the Holy Infancy opened at 131st Street and Grand Boulevard (now Broadway) with twenty-five students.  One Brother commented: "everything was in an appropriate state of unreadiness." For the next seventy years, nearby Annunciation Church doubled as the college chapel.

The school's first catalogue promised "an extensive view of the river... not surpassed in landscape beauty, or sublimity." Sloping hills and shady groves excluded the "hum and bustle of the busy world." One Brother, however, privately called the main building "a veritable Dickensian 'Bleak House'" surrounded by "a few sad looking acanthus trees."  Somewhat oddly, the catalogue also noted:

There are several asylums and other public institutions within a short distance, an occasional visit to which is found to be productive of much good by awakening the sympathies, and exhibiting human life and the operation of cause and effect under various aspects.

In 1861, the school was renamed Manhattan College, for "the historic island in which it stands." Brother Paulian suggested the name. The college charter was bestowed in 1863. Tipperary-born Brother Patrick was the first President. He got a dispensation from the order to teach Latin, commonly seen as a necessity for a nineteenth century American college education. The first six degrees were awarded in 1866. Students would come from across the world, including Venezuela, Puerto Rico and Spain.

No professor was better loved than Brother Jasper (1829-1895), born Joseph Brennan in Kilkenny. (Often cited as a founder of the seventh inning stretch, the college teams are called the Jaspers.) He spent 34 years there. He was "alert, ubiquitous and omniscient when students were plotting mischief or pulling pranks." Although he prayed on the sidelines for victory, "pious thoughts were frequently interrupted when he shouted instructions to some bewildered player at a critical moment in the game."

During these years, debating societies addressed questions like "Which has produced the greater evil, intemperance or ambition?" In the 1870's, when smoking was banned on campus, students brought their pipes and cigars to the nearby wooded estate of Mr. Terence Donnelly. In the 1880's, one alumnus wrote, "It was the early to bed (8:30) and early to rise (5:30) era; heat by coal, light by gas, and the luxury of an iron cot and basin and pitcher in a wind swept and freezing dormitory."

The faculty had its share of interesting characters. When students addressed Brother Cadonus in French, he answered in Gaelic. Brother Cesarius Paulian (1833-1893) started the prestigious engineering school. Born Mark John Hamilton, he was chief engineer for the Missouri-Pacific Railroad before joining the Brothers at age fifty.  Its first Dean, Brother Potamian (1847-1917), born Michael Francis O'Reilly, received a doctorate in science from the University of London, a rare accomplishment in those days.